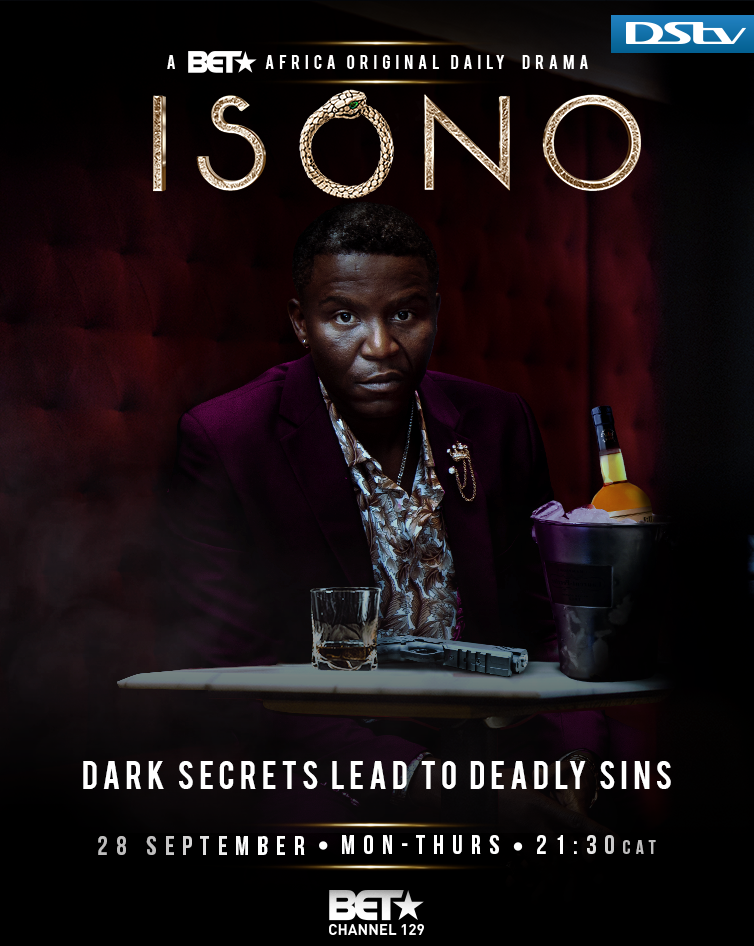 Khulu Skenjana took to Instagram to share a preview of his character, Gazati, on BET Africa’s Isono, who will have conflicting traits of someone who is wealthy and poor.

Khulu Skenjana took to Instagram on Sunday, 13 September 2020, to share preview of his role on BET Africa’s upcoming series, Isono, which premieres on Monday, 28 September 2020. The actor will be portraying the character of Gazati, who appears to me extremely wealthy, whilst also conscious of his poverty-stricken background. He captioned the post, “Meet Gazati. Dark sins lead to deadly sins. The higher you climb, the harder you fall!”

The preview shows a wealthy looking Gazati sipping on alcohol in a nightclub. He is then joined by his subconscious, who is dressed in tattered clothing and is visibly poor. His subconscious mocks him as he takes the bottle out of his hand, and says that he is there to remind him of what could happen if he does not stay focused. Gazati appears confident in the fact that he is untouchable, however, his subconscious warns him that the more successful he becomes, the more he has to lose.