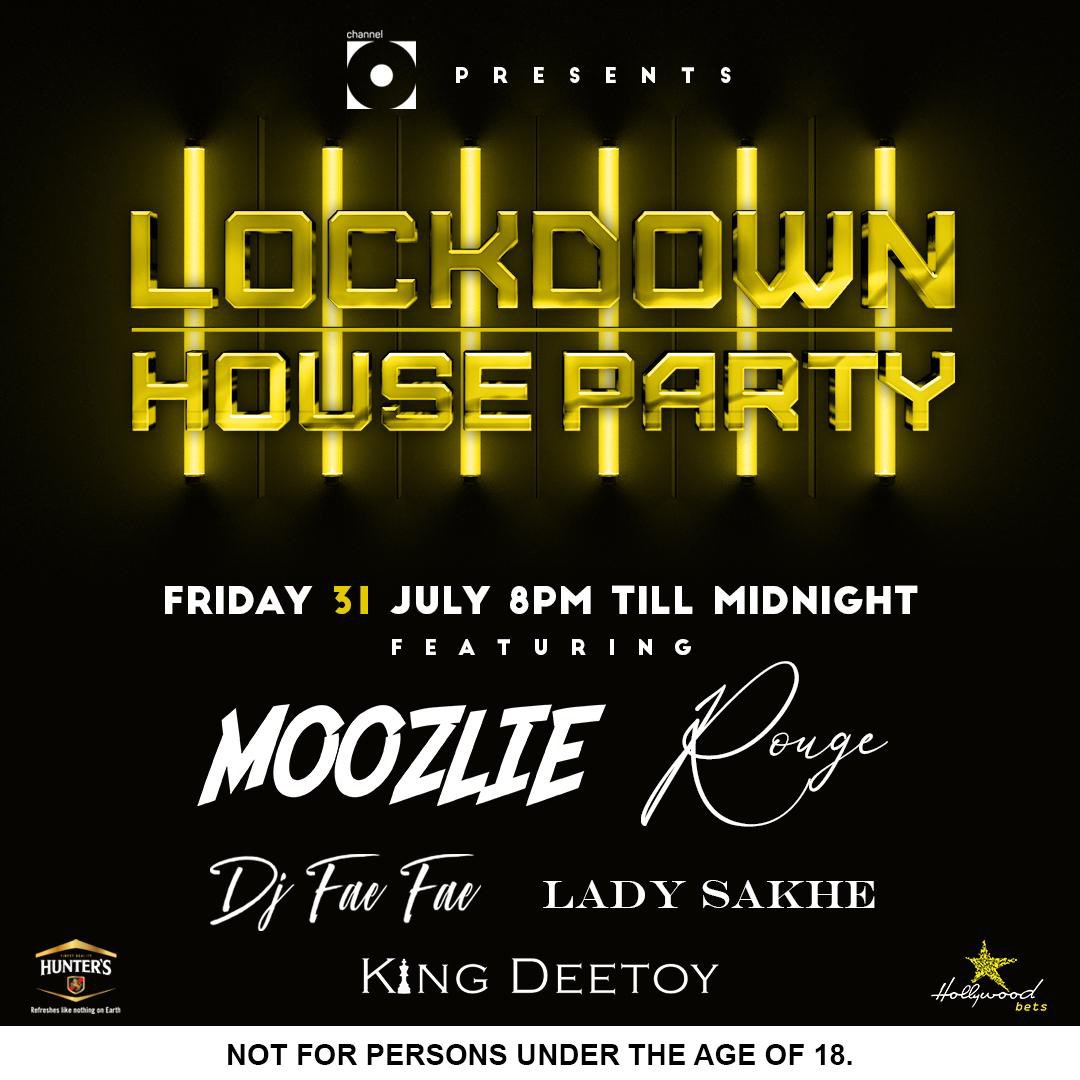 King Monada, Moozlie and Rouge have been announced as the live performers for the upcoming Lockdown House Party episodes, according to a post by co-creator, Shimza.

Shimza took to Twitter to reveal this weekend’s list of performers and DJs for Lockdown House Party on Wednesday, 29 July 2020. For the first time, the show will have two female live performers during the Friday, 31 July 2020, episode.

The poster revealed that rappers, Moozlie and Rouge, will be the live performers for the Friday edition. The episode appears to be in celebration of Women’s Month, as it boasts an all-female line-up of DJs, namely, DJ Fae Fae, Lady Sakhe and King Deetoy.

On Saturday, 1 August 2020, the show will have one live performer, King Monada. The Limpopo-born music sensation will headline the show, with DJ sets from Shimza, P-Kuttah, DJ Sandiso, Ze Goody and Jabajaw. The Friday shows airs between 20:00 and 00:00, while the Saturday episode airs between 18:00 and 00:00 on Channel O, DStv channel 320.

King Monada is a Limpopo-born musician who burst onto the mainstream music scene with his 2016 hit single, Ska Bhora Moreki. He further established himself in the industry with the release of yet another viral song, Malwedhe, in 2018. The song even had a dance challenge which was attempted by many. Despite the success of his singles, King Monada does not appear to be heavily endorsed by brands and corporates, which is why his fans always use his appearances on television to prove that he is a bankable name. This was evident in his guest feature on Lockdown House Party, which started trending on Twitter a day ahead of his appearance.