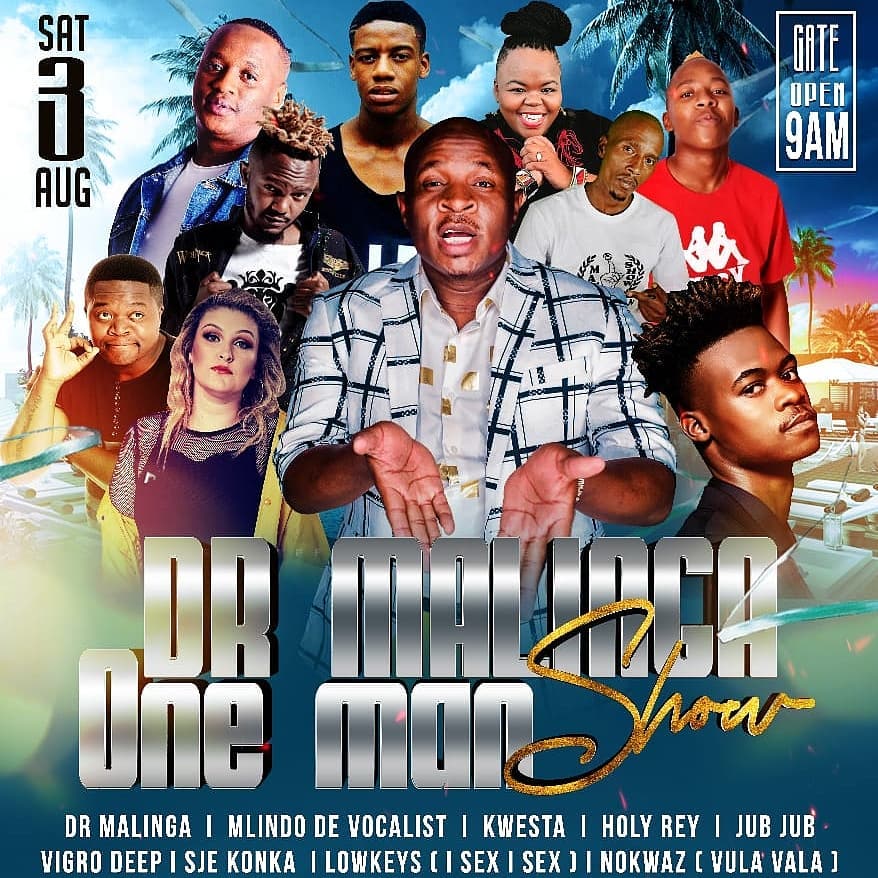 Dr Malinga has revealed the names of the supporting acts for his upcoming one-man show, which include Kwesta and Mlindo The Vocalist.

For the better part of the year, Dr Malinga has been promoting his upcoming show called the Dr Malinga One Man Show. In previous months, the artist had been promoting the upcoming concert using a poster that just featured him. However, on Thursday, 11 July 2019, Dr Malinga shared the first poster featuring all the supporting acts that will take the stage at the Onpoint Resort in his hometown of Hammanskraal on Saturday, 3 August 2019.

His one-man show is aimed at bringing together comedy and music on one stage, with a line-up featuring some of the biggest names in music and comedy. Some of the artists that are part of the line-up have worked with the performer in the past.

Some of the notable names include rapper, Kwesta, who is featured on Dr Malinga’s single, Indlela and rapper and television host, Jub-Jub who is featured on Dr Malinga’s current single, Uyajola 99. Other music acts that will take the stage during the festivities include Mlindo The Vocalist, Holly Rey and Nokwazi. Moreover, in the aim of promoting talent from his hometown, the festival will have musicians from Hammanskraal performing too.

On the poster he shared, Dr Malinga features only one of the popular comedic names that are part of the line-up. Popular comedian, who is known for using his mother tongue in his routine, Mashabela is one of the comedic acts that will take the stage during the festivities.

Tickets are available for purchase on Computicket, retailing at R80.