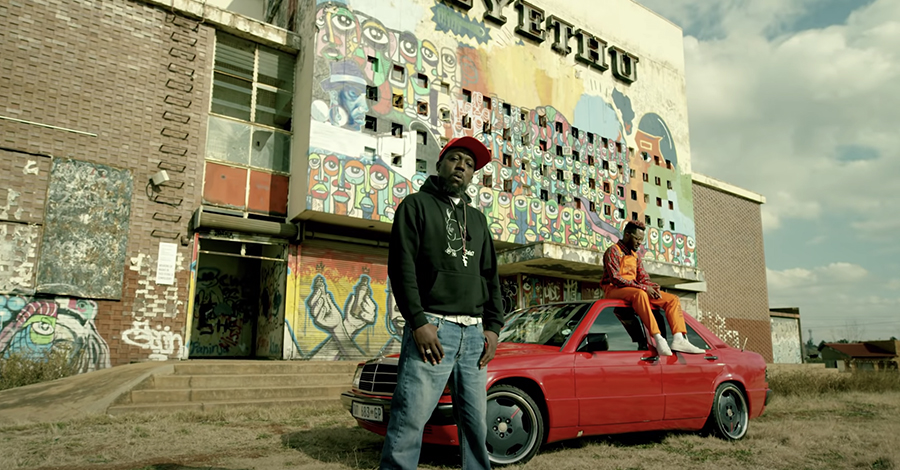 Kwesta has released the music video for one of his current singles, Njandini, which was shot in Soweto and features a cameo appearance from kwaito legend, Zola 7.

The music video strategically uses the monumental Eyethu Centre in Mofolo, Soweto, as a “character,” with Kwesta shooting in different parts of the building. Some of the scenes see him in the fire escape, as well as outside and inside the hall which previously doubled as a movie centre when it was still functional.

Very few people appear in the music video, which may be attributable to the mass gatherings ban. However, the music video does feature Zola 7 and Kwesta in the same shot.

Watch the Njandini music video below.