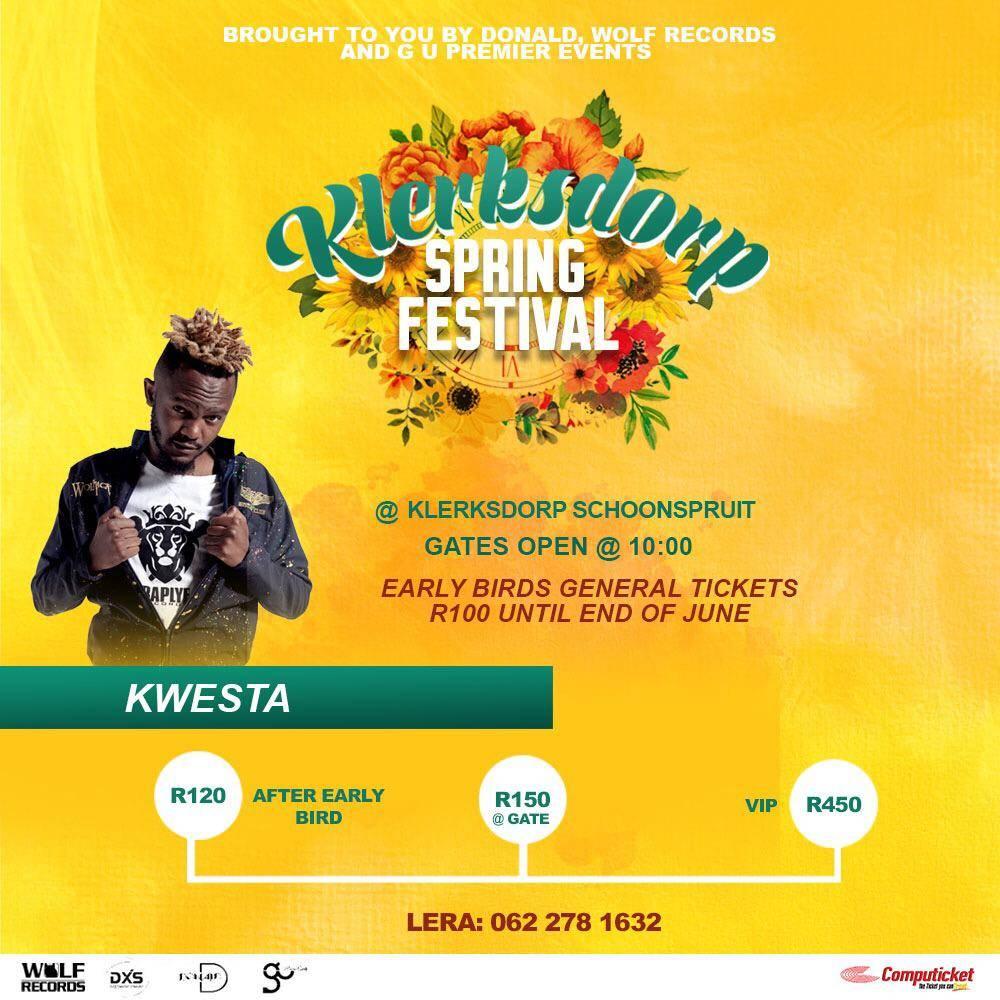 The Klerksdorp Spring Festival is gearing up for its first instalment, with the announcement of the first three headlining acts already being publicised, including rapper Kwesta.

The Klerksdorp Spring Festival is hosting its debut edition this year at the end of August to welcome  Spring. With over two months before the festival, it has already started promoting the 2019 edition of the festival with the first three headlining musical acts already announced. The festival is a collaborative effort by singer Donald, Wolf Pack Records and G U Events. The festival will be held at the Klerksdorp Schoonspruit on Saturday, 31 August 2019.

The first headliner was announced on Monday, 3 June 2019, across Donald’s personal social media pages. Featured on the poster wearing an all-black outfit made up of a trench coat, leather gloves, a turtle neck and bowler hat, South African musician Sjava was the first artist to be announced.

Following the announcement of Sjava as the first headlining act, the second headliner announcement was on Friday, 7 June 2019. Featured on the same yellow and spring-themed poster, was popular producer and DJ, who is currently touring Europe in promotion of his new album, Re Mmino, Prince Kaybee.

Tickets for the festival are available for purchase on Computicket, retailing at R100 for early bird general access tickets and R450 for VIP tickets. Early bird tickets availability will only last until Sunday, 30 June 2019.