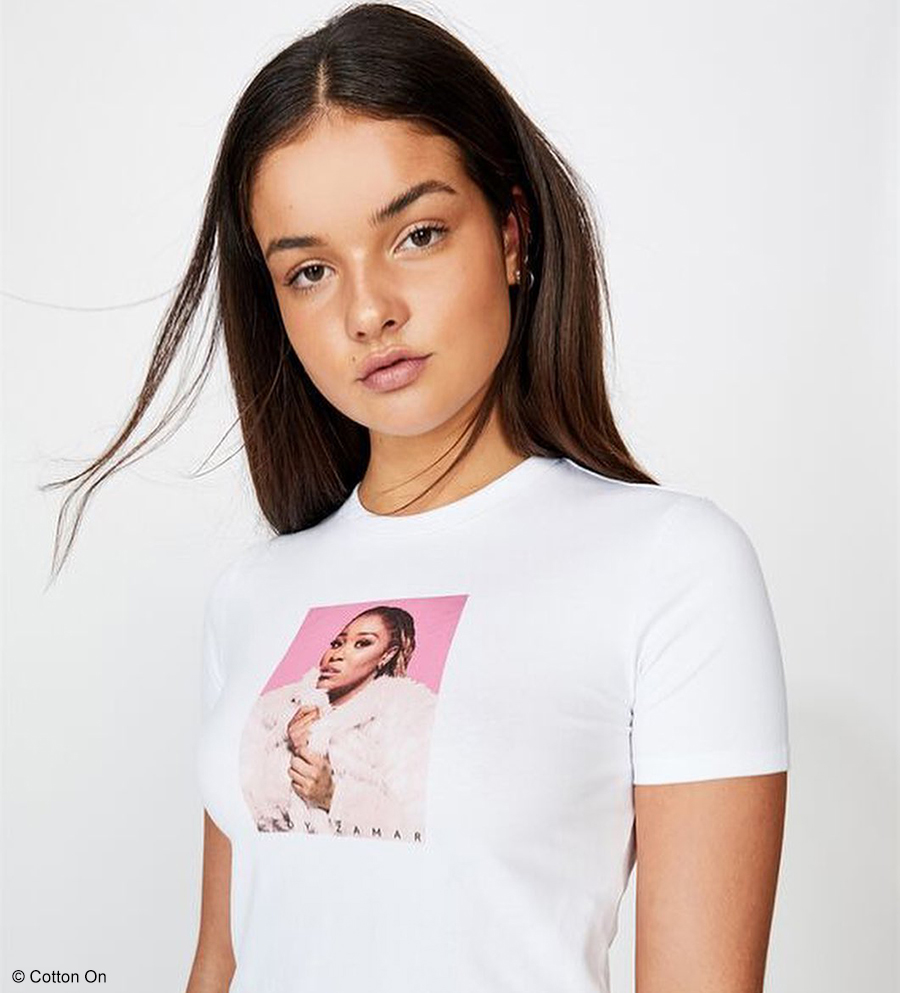 Lady Zamar has announced her new collaboration with the Cotton On Group and Universal Music, which sees her releasing branded T-shirts at the nationwide stores.

Lady Zamar has been featured as part of Universal Music and the Cotton On Group’s latest fashion collaboration. The singer, who is signed to the record label, appears as one of the artists on a selection of T-shirts. In an Instagram post today, 16 September 2020, she stated, “[I’m] proud to announce this really cool collaboration. Get your cute Lady Zamar Tees in stores nationwide and shop online too.”

The collection is exclusive to Cotton On and Factorie stores, which form part of the Cotton On Group. Lady Zamar’s range consists of two T-shirts, priced at R249 each. The graphic T-shirts come in black and white, and feature two different images of the singer, with one showing orange detailing and the other pink.