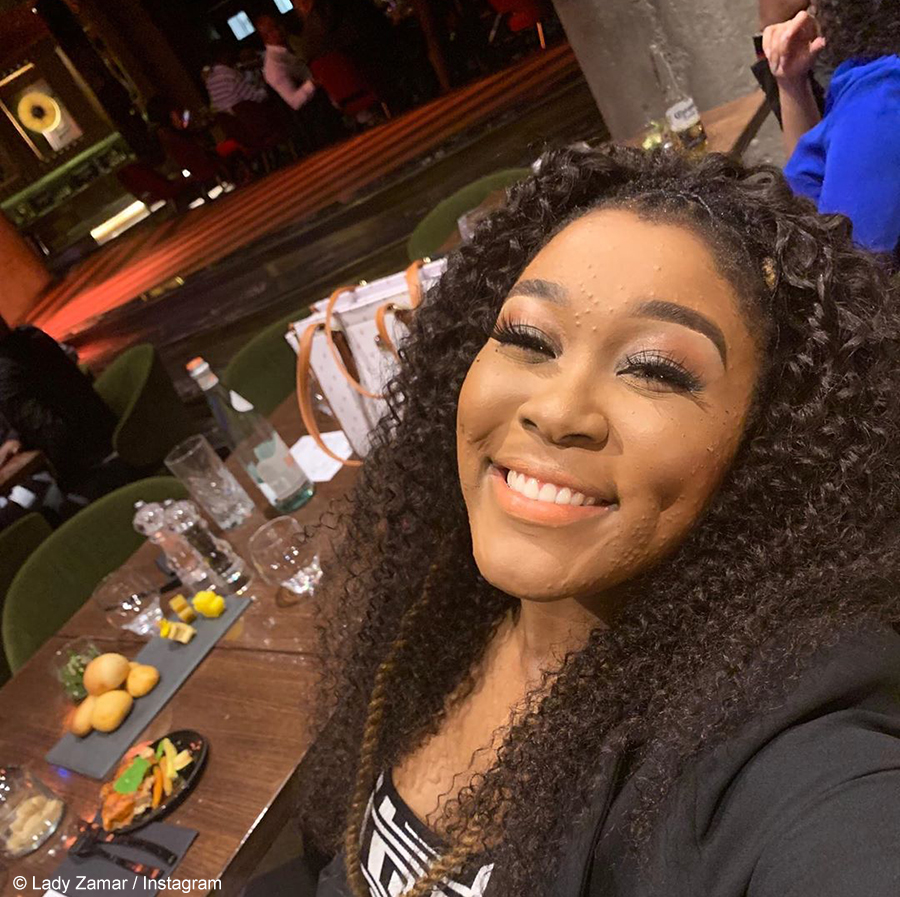 South African songstress, Lady Zamar, took to social media to share images of her latest curly hairdo, which received a nod of approval from the masses.

South African songstress, Lady Zamar, is known for her signature ombre dreadlocks . However, it seems the musician has taken a page out of the hairstyle books to share her take on the latest curly hair trend. She took to social media on Wednesday, 18 September 2019, to post an image of her look while attending the Music Is King dinner organised by South African DJ, Black Coffee.

In the image, the Collide singer can be seen wearing a monochrome two-piece which featured a pencil skirt fitted above the knees, teamed up with a matching sleeveless crop top. She wore black heels to accessorise the outfit and had her curly hairdo framing her face with its shoulder length tresses. She put her own unique twist to the hairdo buy having two blonde twisted braids hanging from either side.

It is not the first time that Lady Zamar graced social media in a different hairdo, apart from the blonde, ombre dreadlocks that she is known for. However, social media users were both impressed and surprised by the new look. Many social media users expressed that the hair looks good on the singer, with one user writing, “This hair suits you. You look stunning”. The image received much traction, with almost 30 000 likes and almost 300 comments.

Flaws and all, I love her💋