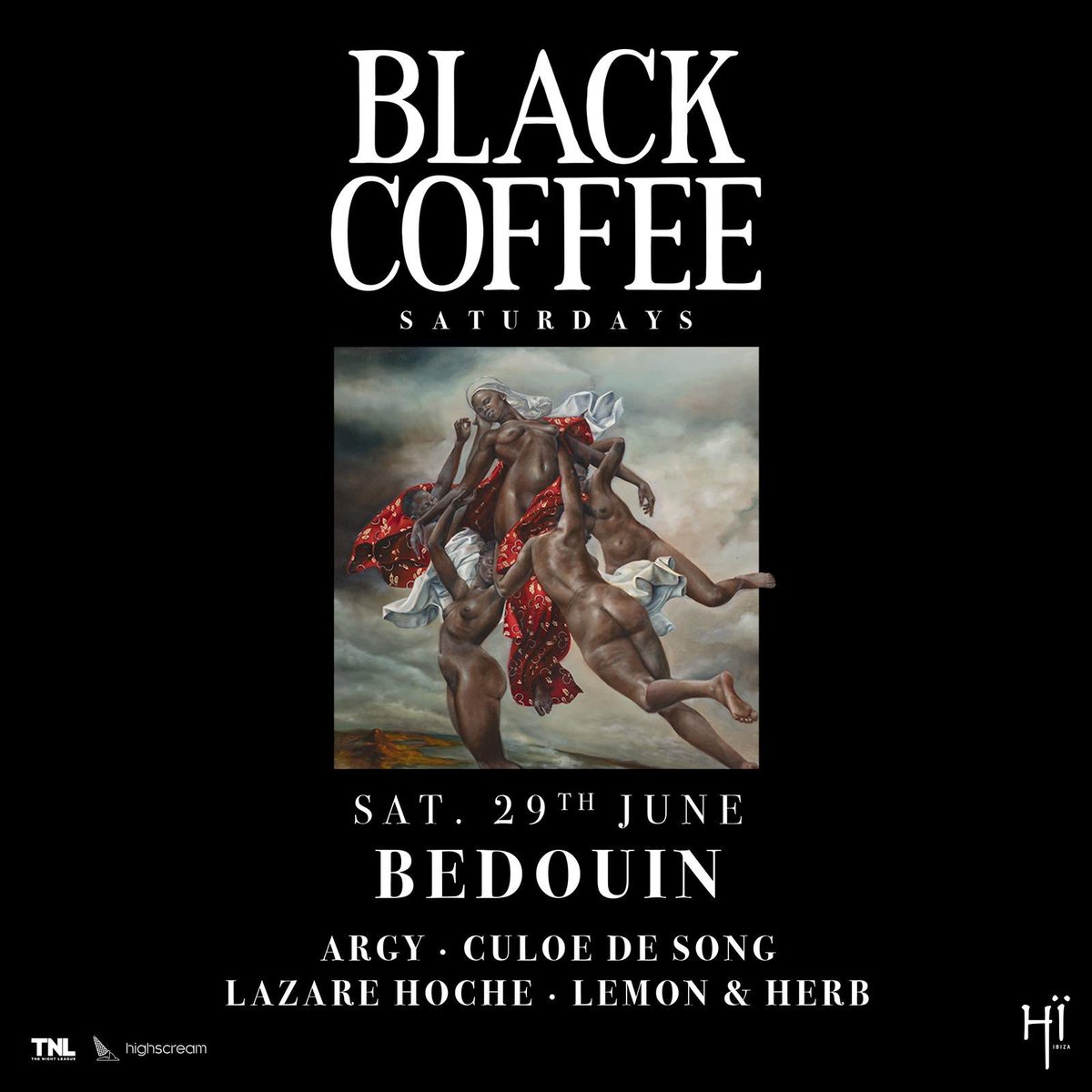 Internationally recognised South African DJ, Black Coffee, has announced Bedouin, Lemon & Herb and Culoe De Song as two of the supporting acts for his next residency set in Ibiza.

On Monday, 24 June 2019, celebrated producer and DJ, Black Coffee, shared the line-up of the supporting acts for his next residency set in Ibiza at the popular club, Hi Ibiza. Through sharing the official poster on social media, Black Coffee revealed the five performing acts that will also take centre stage.

The poster released for the announcement thematically matches the other promotional posters which feature Grecian-inspired paintings, showcasing black bodies instead of the conventional caucasian bodies in the paintings. The first name on the poster belongs to Brooklyn-based DJ duo, Bedouin, made up of members Rami Abousabe and Tamer Malki. They will be joined by popular South African DJs like Culoe De Song and DJ duo, Lemon & Herb, along with international DJs, Argy and Lazare Hoche.

This marks the fifth edition of Black Coffee’s continued residency in Ibiza. Black Coffee Saturdays started on Saturday, 25 May 2019, and his residency will continue throughout the rest of the year until Saturday, 5 October 2019.

Since it started, Black Coffee has already invited some of the biggest names in house music to share the stage with him. After Bedouin’s performance, they will join a list of other headliners like Rampa, &ME, Nastia and Kolsch. The first poster he shared gave an overview of the headliners that will take stage during his residency and included names like The Black Madonna, Damian Lazarus, Guy Gerber and Jamie Jones.