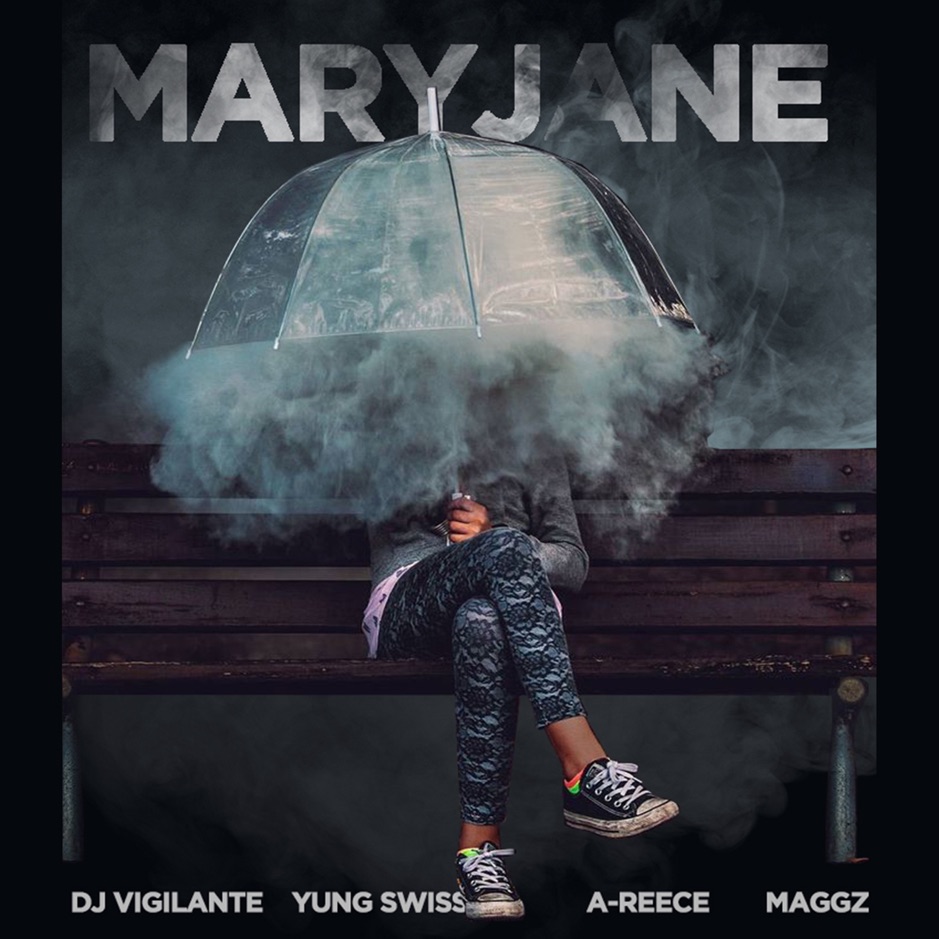 DJ Vigilante teamed up with Yung Swiss, A-Reece and Maggz for the release of his new single, Mary Jane, on Friday, 12 July 2019.

DJ Vigilante is one of the artists that were signed under CashTimeLife records whose entire musical catalogue was made available on Apple Music on Friday, 12 July 2019. The song Mary Jane is a cleverly disguised metaphor used by the producer and DJ to explore his relationship with cannabis and details each of the featured rappers’ relationship with Mary Jane as well.

The song tells a story without the assistance of visuals because of how it is structured. It starts with DJ Vigilante leaving a message on Mary Jane’s recording machine, expressing how he cannot get enough of “her”, since that first “hit.” The song then starts with a musical intro afterwards.

The single’s cover art takes the suggestive single’s title and uses it as directive. It features a female clouded under fumes of smoke with an umbrella masking her face.

Listen to Mary Jane below.