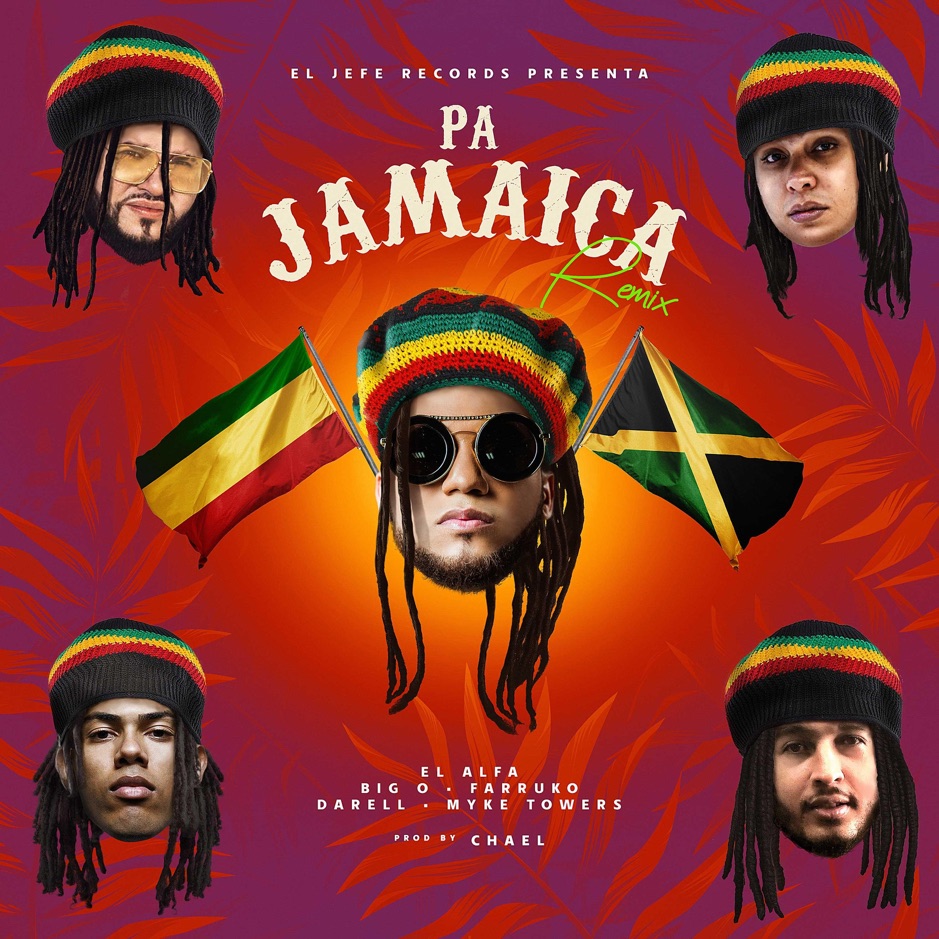 The song, which was originally released by El Alfa in 2018, featured only Big O on the summer anthem. The remix now includes fellow Latino artists; Farruko, Darell and Myke Towers, who add their own spin to the already popular song. The remix equally disperses the verses amongst the five musicians and the tempo is heightened, which allows for a more Spanish tune, in comparison to the predominantly reggae original track.

The cover art for the single shows a purple and red-leaf background with El Alfa’s face in the middle, with Farruko, Darell, Myke Towers and Big O appearing in the corner of the image. All artists adorn a Rastafarian hat and dread locks, and the Jamaican and marijuana flag are seen in the centre.

The song is available for purchase on iTunes.

Listen to the Pa Jamaica Remix below.