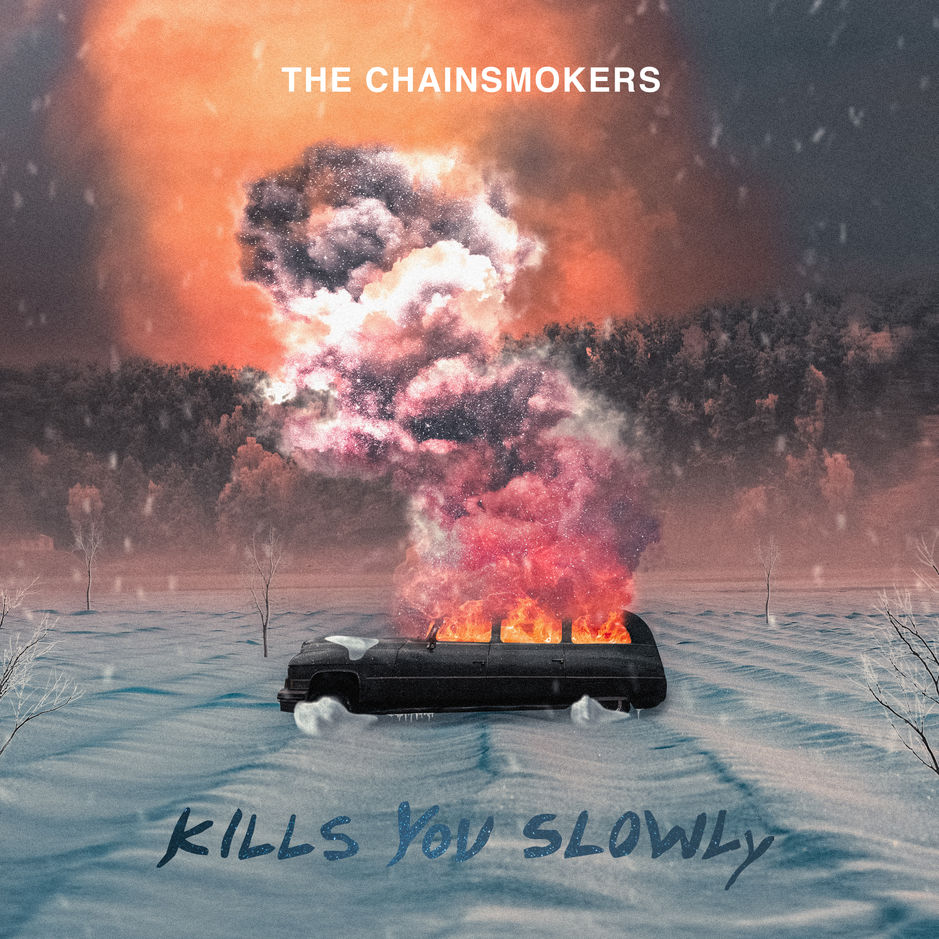 The dynamic duo, consisting of Alex Pall and Andrew Taggart, teased the song on social media on Wednesday, 27 March 2019, hyping their fans up for the new release. The song tells the story of a couple who put on a front about their failing relationship for friends and family, whilst falling apart behind closed doors. Sung by the lead singer Andrew Taggart, the melodious tune is intertwined with dance track elements, making the sombre track a little upbeat.

Kills You Slowly was accompanied by a lyric video released a day prior on Thursday, 28 March 2019. The video is an animation of the single’s cover art, which shows a car set ablaze whilst snow falls all around it. The lyric video has garnered over two hundred and thirty thousand views on YouTube since its release.

Listen to Kills You Slowly below.