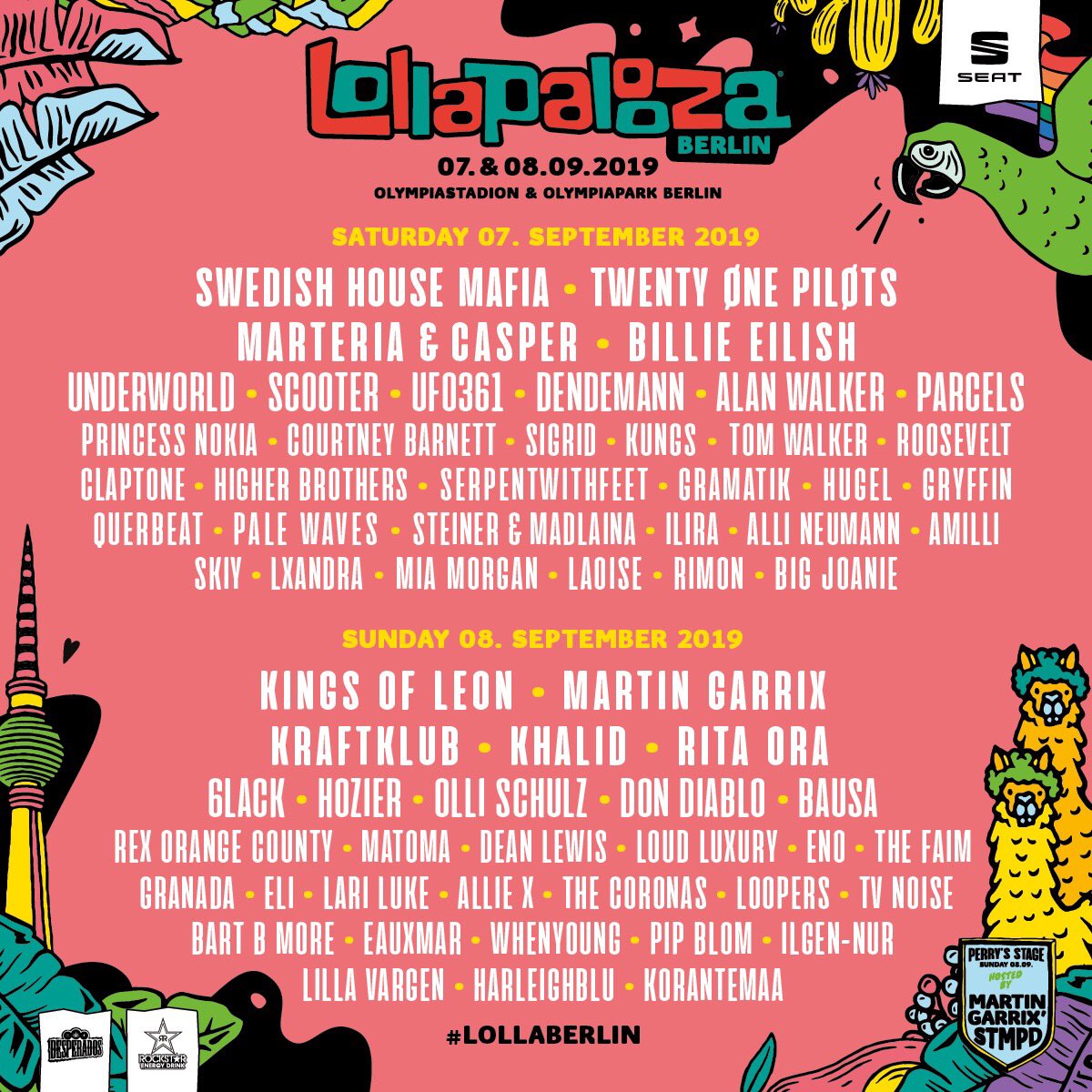 Lollapalooza Berlin has announced its jam-packed line-up for the fifth edition festival, set to take place on Saturday, 7 September 2019 and Sunday, 8 September 2019.

Since its inaugural festival in 2015, Lollapalooza Berlin has come a long way in creating a genre-spanning, all-inclusive festival experience for all attendees. Here, festival-goers experience two days of fun in the sun and incredible music at Olympiastadion & Olympiapark in Berlin, Germany.

The festival tends to place a significant focus on electronic music, as well as ensuring that there is a little something for everyone. The festival has previously hosted acts like Radiohead, Tame Impala, Sam Smith, The 1975, Bastille and Major Lazer. This year’s line-up is headlined by Swedish House Mafia, Twenty One Pilots, Marteria & Casper and Billie Eilish on Saturday, 7 September 2019, and Kings of Leon, Martin Garrix, Kraftklub, Khalid, Hozier and Rita Ora on Sunday, 8 September 2019. Other notable names that appear on the line-up include Playboi Carti, Alan Walker, Sigrid and 6lack.

Martin Garrix is set to play his set on Lollapalooza’s renowned Perry’s Stage. Martin recently celebrated the six-year anniversary of his hit song, Animals, that played a major role in his current success. Since then, Martin has released a slew of hit songs suitable for any mainstage such as Scared To Be Lonely, with Dua Lipa, and In The Name Of Love with Bebe Rexha.

Headliners Swedish House Mafia are currently on a major festival tour, playing sets at festivals like Ultra Korea and Foro Sol, with shows still to come at Tinderbox, Frequency and Creamfields.

Tickets for Lollapalooza Berlin are available for purchase on the official event website.