Lunga Shabalala has taken to Instagram to confirm that despite his recent departure from popular telenovela, The River, he is set to be back on South African television screens soon.

Lunga Shabalala took to Instagram on Thursday, 19 November 2020, to confirm that he will be returning to television screens soon. The multi-faceted media personality recently bid farewell to his breakout character of Lindani Dlomo on 1Magic’s The River. After an initial break from the soapie, Lunga returned for a few more weeks to conclude his storyline.

His departure was bitter-sweet, considering that he was part of the original cast members of the telenovela. Therefore, when a fan remarked on how much he is missed on the telenovela, he responded by promising that he will be back on television screens soon. However, he did not reveal which show he would be on.

In June 2020, Amanda du-Pont announced the filming of a new season of the Man Cave SA, at the time, Lunga was also working on a programme that he has still to share details of. It is speculated that Lunga will be returning as one of the hosts of the show. 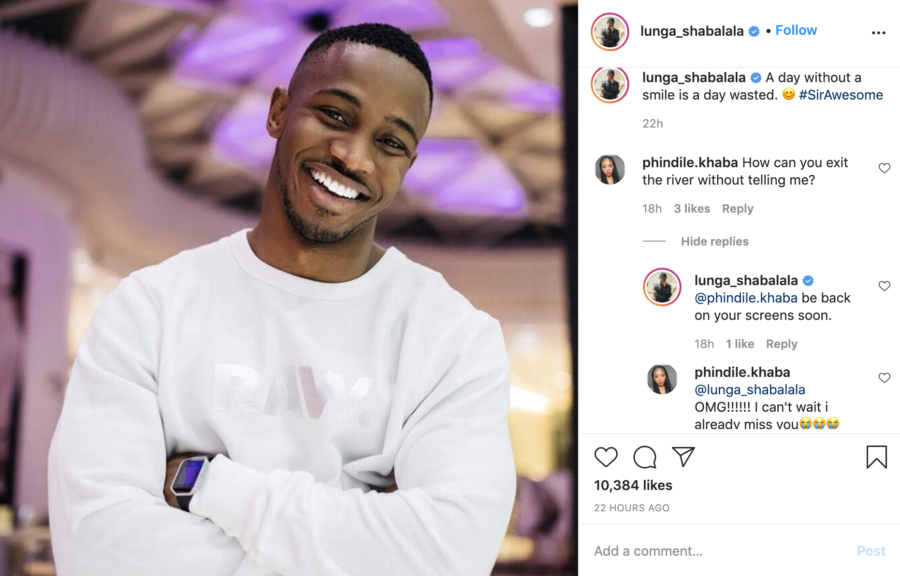