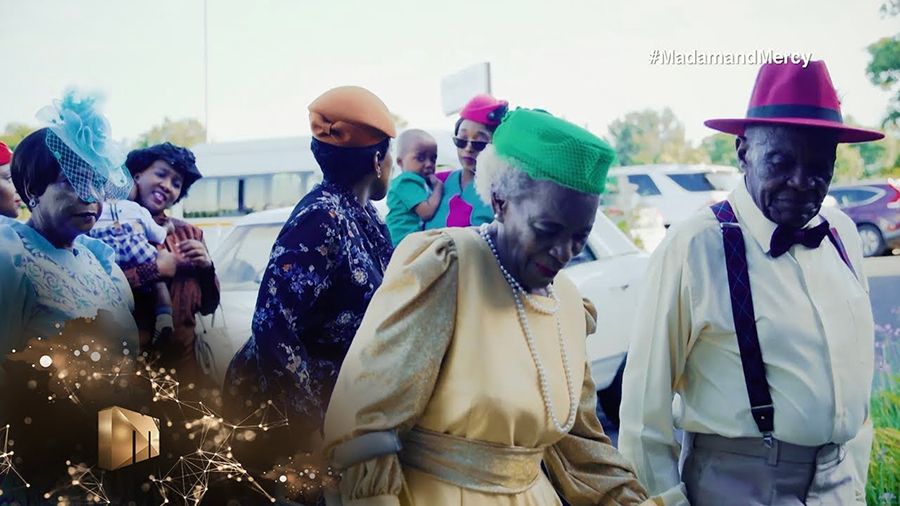 Madam And Mercy’s latest episode, which aired on Wednesday, 27 May 2020, saw Evodia and Mercy throwing a lavish celebration for the seniors of their family, who celebrated their sixty-third wedding anniversary. The festivities saw the pair spending a large amount of money home, in honour of Evodia’s parents and Mercy’s grandparents, who have been the foundational members of the family throughout their lives.

The party saw South African singer-songwriter, Berita, performing for the attendees at the Sophiatown-themed celebration. Evodia’s parents were taken aback by the gesture and expressed gratitude towards their daughter and granddaughter.

Viewers also praised the pair on social media, with many commending them on sparing no expense on their family. Stella Mogade stated, “With money comes responsibility. I love [it] when successful people give to their families. That is success.”

Watch the preview of the latest episode of Madam And Mercy below.