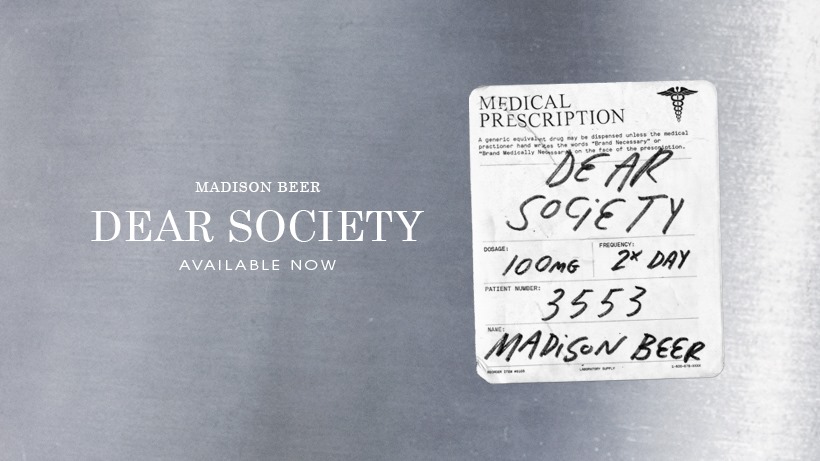 Since the release of her debut single, Melodies, on Tuesday, 1 January 2013, Madison Beer’s star continues to grow brighter and brighter. Following this, she released her debut EP, As She Pleases, as well as a slew of successful singles like Hurts Like Hell, featuring Offset.

Madison took to Twitter to answer some fans’ burning questions on the upcoming album. One eager fan asked on Thursday, 4 April 2019, how the studio sessions were going, to which Madison replied by saying that everything was going well and confirming that she had picked a final title for the album. She went on to express her excitement, saying she couldn’t wait for fans to hear the body of work.

She is now gearing up for the release of her much-anticipated, full length studio album. Madison took to Twitter on Sunday, 12 May 2019, announcing Dear Society as the album’s lead single in a tweet that reads: “Dear Society, the first single off my album… this Friday.” Dear Society was released on Friday, 17 May 2019, and saw Madison expose a more vulnerable side of her discography to the listener.

Madison commented on the album in an article published by Just Jared on Wednesday, 3 April 2019, stating: “I’m still in the studio right now – so I’ve just been listening to everything and polishing it all up and making it perfect because I’m quite the perfectionist…which is why it’s taken me six years to put an album out. The album is literally me.”

The album’s official release date has not yet been announced.