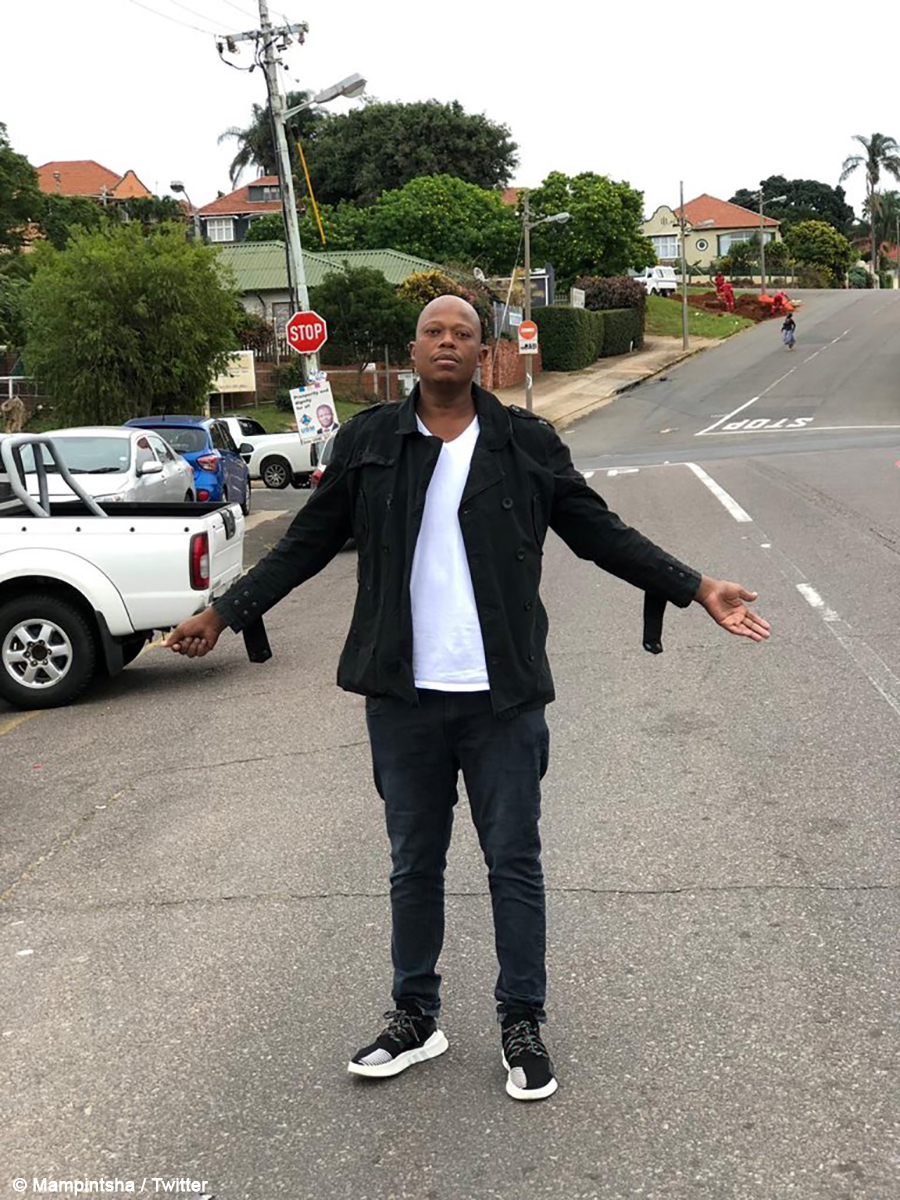 On Wednesday, 20 November 2019, DJ Tira shared two images from the set of the Joburg music video. The single, which features TNS, is by former Big Nuz frontman, Mampintsha. Mampintsha also shared a video of DJ Tira’s arrival on set. Another artist who shared a snippet of their cameo in the music video was female gqom artist, Tipcee. In the video, she can be seen in a car which she stops in front of Babes Wodumo.

See the visuals from the Joburg music video shoot below.

Sekunjalo Joburg Music Video. We are on set with our brother from New York City !!!! Kodwa sidla uJoburg !!!!