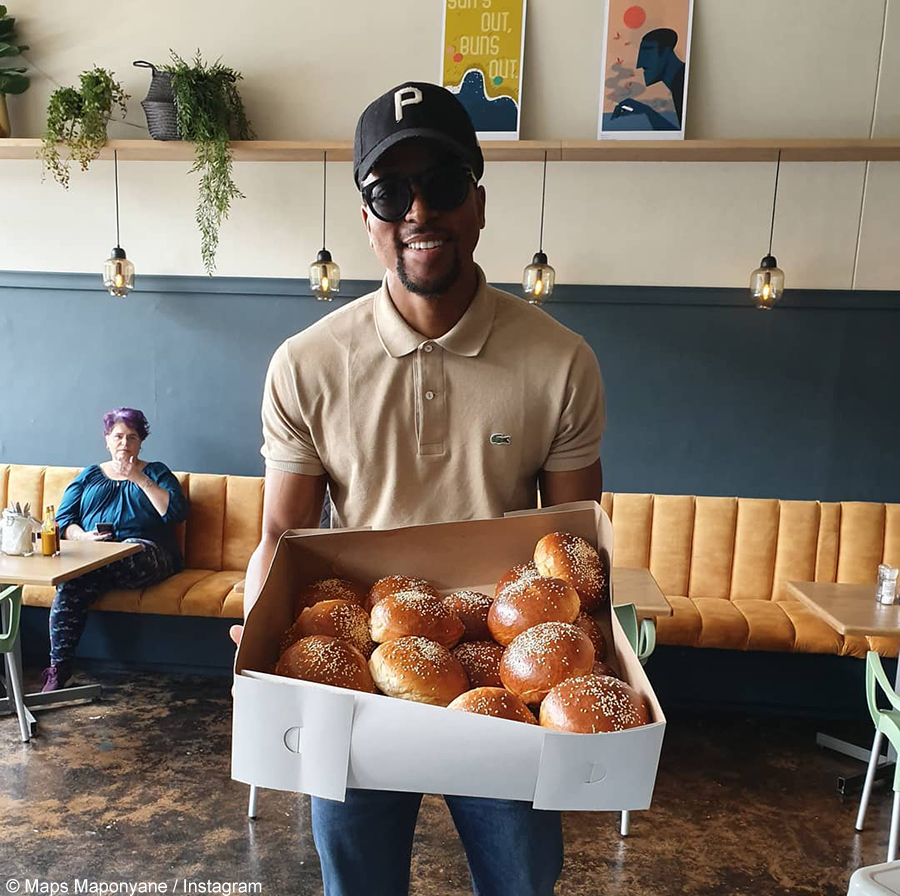 Media personality and businessman, Maps Maponyane, had to correct a few of his followers after they assumed that his teenage cousin, with strong business acumen, was male.

Maps Maponyane took to Twitter to share his 14-year-old cousin proposing a sound business deal to him via WhatsApp. In the conversation, the cousin, Yolo, asked Maps to sponsor a complementary meal for two at his newly opened burger restaurant, Buns Out. This, Yolo said, would be a prize that was going to be offered during a school event that she is helping to arrange.

In her proposition, Yolo highlighted how the arrangement would be beneficial for both parties, stating, “I truly believe it would be a win-win situation because it gives you free advertising and brings in a lot more customers through your door, which means stacks for both of us.”

Social media users were so taken by the story that they flooded the comments section with their approval of her reasoning. However, many of the comments assumed that Yolo was male. One follower wrote, “Respect to the young man. We need more great minds like these across mother Africa,’ and another follower that stated “Stacks for the both of us! He’s so clever.”

The Buns Out businessman continued to correct followers that referred to Yolo as male. Many of his followers problematised why it was assumed that the cousin was male, especially after Maps had captioned the tweet, “Still can’t believe she mic-dropped the conversation with ‘Stacks for the both of us’”.

Moreover, his followers were impressed by the personality’s patience. One such follower said, “Love how Maps is correcting every person who’s assuming the WhatsApp [message] was from a boy. His niece did that! She’s a king! She’s bad like that and she’s going to get [those] stacks! The school needs to open up the event to the public because I [support her]”.

My little cousin (14) sent me this😂 A hustling visionary already.👏🏾👏🏾👏🏾 pic.twitter.com/t9xzFTwwia