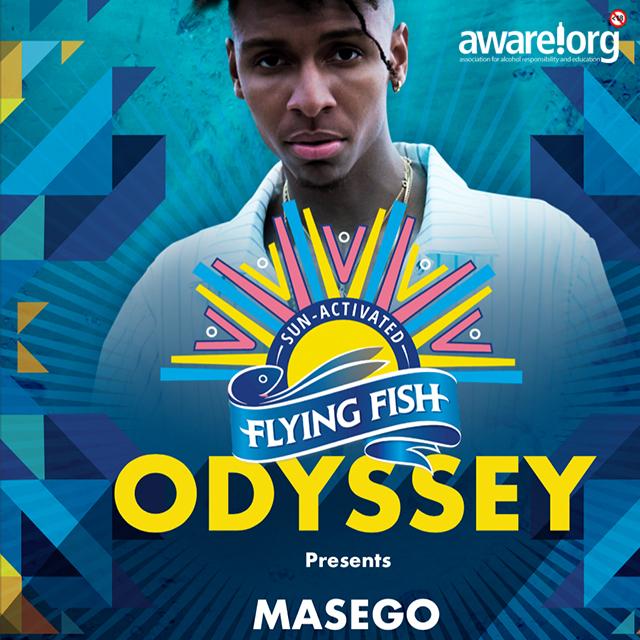 Virginia-based singer and songwriter, Masego, will be headlining the Flying Fish Odyssey on Sunday, 25 November 2018, alongside the likes of Sho Madjozi, Black Motion and Moonchild Sanelly.

Popular Jamaican-American musician, Masego, will be headlining the Flying Fish Odyssey, which will be taking place this coming Sunday, 25 November 2018. The event will showcase collaborations from artists in an interesting fusion of music, fashion, art, food, photography and urban youth culture. Masego will be joined by rapper J.I.D, as well as South African sensations Moonchild Sanelly, Sho Madjozi, Black Motion, Spoek Mathambo and Mathe Ribane.

The event will also see the launch of the alcohol brand’s new sun-activated design that changes colour in the sunshine.

Masego released his debut album, ‘Lady Lady,’ on Friday, 7 September 2018; an album which he notes is entirely dedicated to women, and was inspired by women that have inspired him in his early life.

Speaking to Billboard Magazine in an interview published on Monday, 10 September 2018, the musician shared how he prepares for each of his shows and performances, noting that he always aims to give his fans and audiences something different every time. He commented:

The event will take place in Johannesburg, at a secret location.