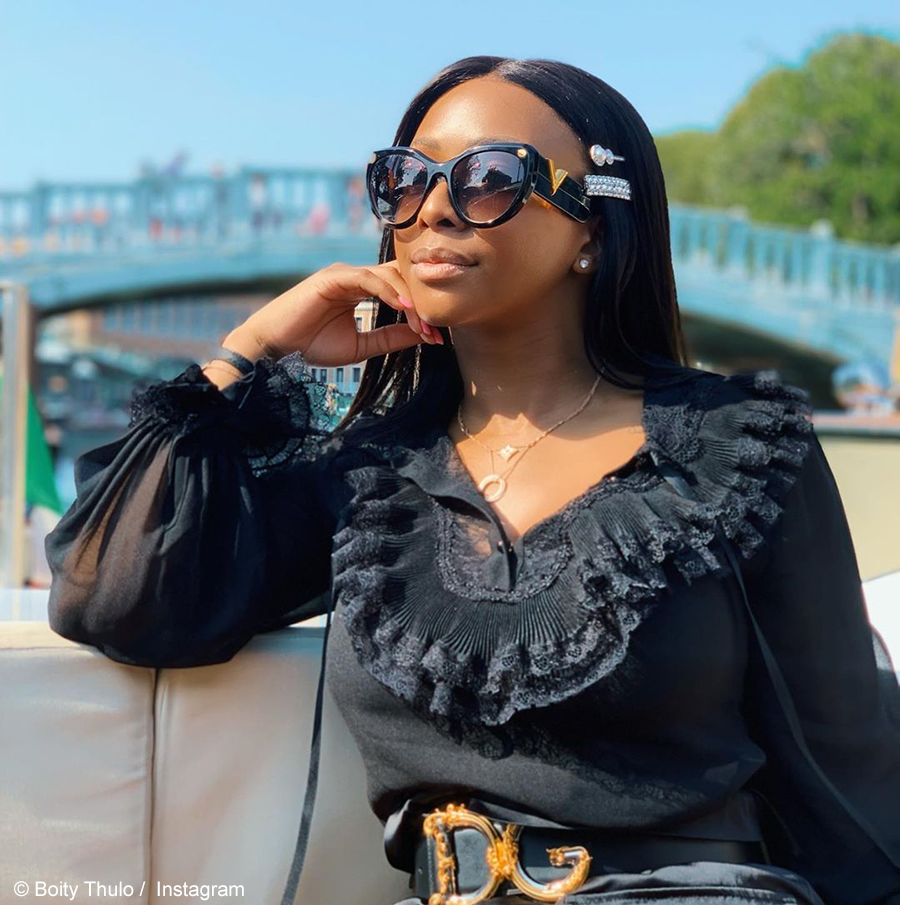 Boity Thulo has accumulated three million followers on Instagram, and to celebrate the feat, the star received a custom-made three litre bottle of Moët & Chandon champagne.

Boity Thulo posted two images on her Instagram page on Wednesday, 21 August 2019. In the images, the personality is captured with her customised bottle by the champagne brand. On the bottle, written in bedazzled sparkles, is the congratulatory message from the champagne stating, “Boity, [three] million followers, congratulations.”

In her caption to the post, Boity Thulo thanked her sponsor for the gift, captioning the post with, “[Three] Litres of Moët & Chandon [champagne] for [three] million followers! [Thank] you so much to the Moët team, Patrick John Leslie and all my incredible followers for the constant love and support! I don’t take this for granted! #3M #3MillionFollowers #OwnYourThrone.”

Her followers took to the comments section to celebrate with her. One follower wrote, “Wow that’s great work you put in #OwnYourThrone.” Another follower continued with the celebratory messages writing, “That’s awesome, Sis! Let’s celebrate. You deserve all the greatness you have worked so hard.”

3 Litres of @moetchandon for 3 MILLION FOLLOWERS!!! 🎉🎉🎉🎊🎊🎊🎁🎁🎁🍾🍾🍾🥂🥂🥂Thank you so much to the Moet team, @patrickjohnleslie and all my incredible followers for the constant love and support! I don’t take this for granted! 🙏🏾🙏🏾🙏🏾❤️❤️❤️ #3M #3MillionFollowers #OwnYourThrone👑