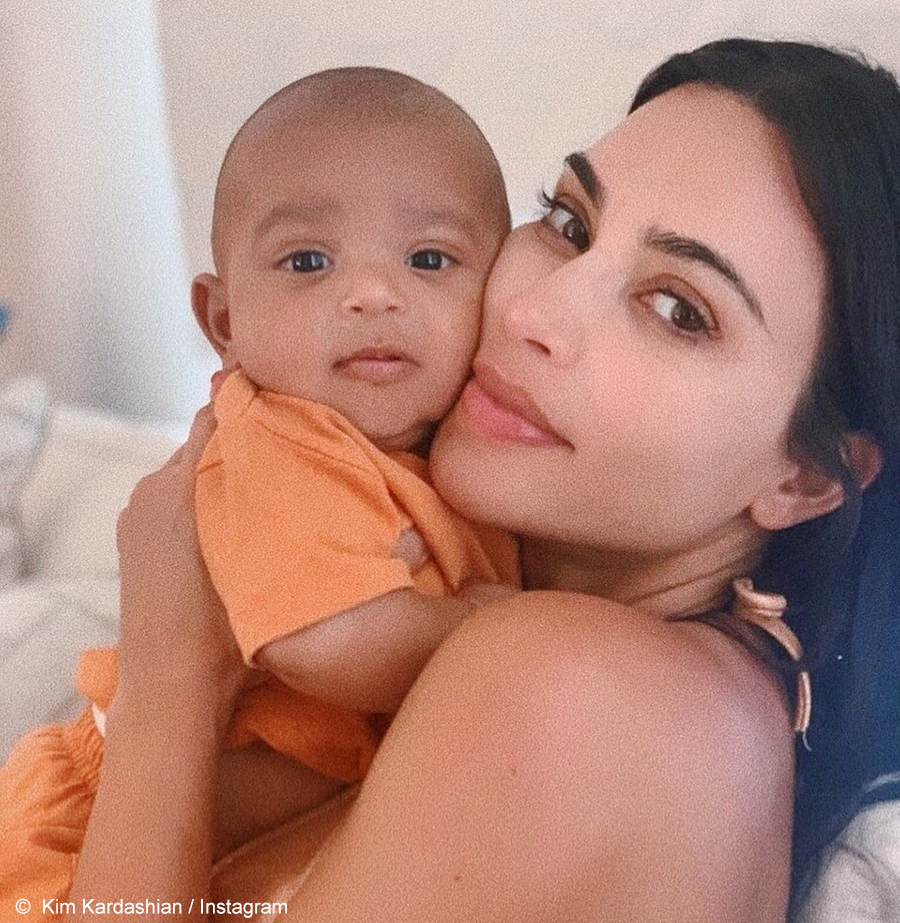 On Monday, 26 August 2019, American media personality and businesswoman, Kim Kardashian West, posted an image with her last-born son, Psalm West. The Keeping Up With The Kardashians reality star used the post as an appreciation post for her three-month-old son.

In the image, the KKW creator is bare-faced as she holds her son up to her cheek, with the pair wearing matching orange outfits. In her caption to the post, the star reflects on mothering him by stating, “My little man is the sweetest ever! He’s honestly the best baby. Sleeps through the night and by far my most calm. How did I get so lucky.”

The post quickly received 3.5 million likes from her 146 million Instagram followers. Many of the comments remarked on how much he has grown since the last picture she shared of him on Wednesday, 21 August 2019. In a series of yet another set of adorable pictures, Psalm was nestled by his oldest sister, North West, as his brother, Saint West, photobombed the images.

American rapper, Azealia Banks, commented on the image trying to stir the pot by writing, “Wow you look so much better without all that [make-up] sis. Like way better.” However, many of Kim Kardashian’s fans were quick to her defence, with one follower commenting, “You wake up uncomfortable, don’t you?” Another wrote, “Azealia Banks always miserable.”

However, friend and fellow media personality, Lala Anthony, commented on the image, saying, “He’s the best!”. bespoke American high-end jewellery designer and the woman behind Kim Kardashian’s wedding ring, Lorraine Schwartz, wrote, “With all of them,” adding hearts emoji at the end to show her love.

My little man is the sweetest ever! He’s honestly the best baby. Sleeps through the night and by far my most calm. How did I get so lucky