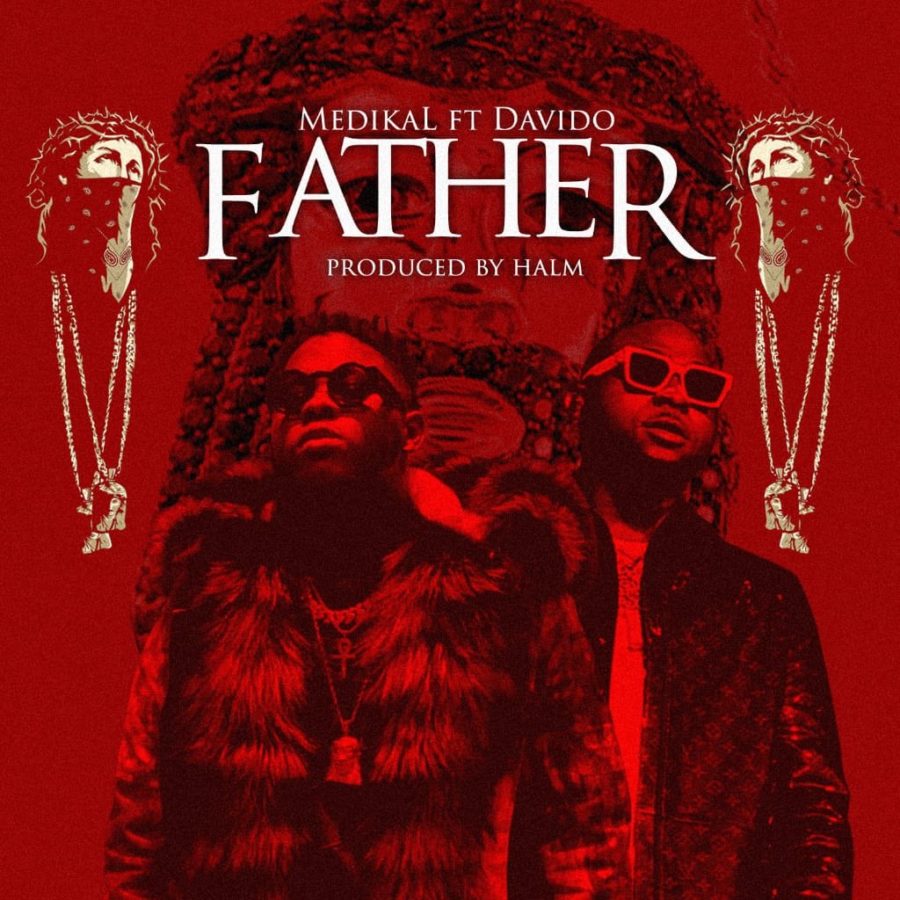 Ghanaian artist Medikal took to his social media pages to announce that his upcoming single will feature Nigerian superstar Davido and is set for release later in the month.

On Thursday, 18 April 2019, Medikal posted an image of himself and Davido on his Instagram page, with only a cryptic caption alluding to the collaboration between the two intracontinental superstars. The picture was of the two artists spending time together.

Medikal’s over eight hundred thousand Instagram followers speculated on the possible collaboration. Five days later, on Sunday, 21 April 2019, Medikal confirmed the collaboration when he shared the cover art and the name of the upcoming single.

The cover art was of three identical images of Jesus wearing a crown of thorns and a balaclava across his mouth, with chains hanging from his neck. Imposed on the red and black image are the names and pictures of the two artists, and the title of the song, Father.

Medikal captioned the image with an excited exclamation, explaining to fans that he cannot wait for people see the music video, giving away that fans can expect the release of the single on Saturday, 27 April 2019, which will be accompanied by the visuals.

The post already sits with over twenty-five thousand likes on his Instagram and when Davido, who is currently on his European tour, retweeted the post, it was retweeted over six hundred times, with over four thousand likes.

The song will be the first collaboration between the artists.