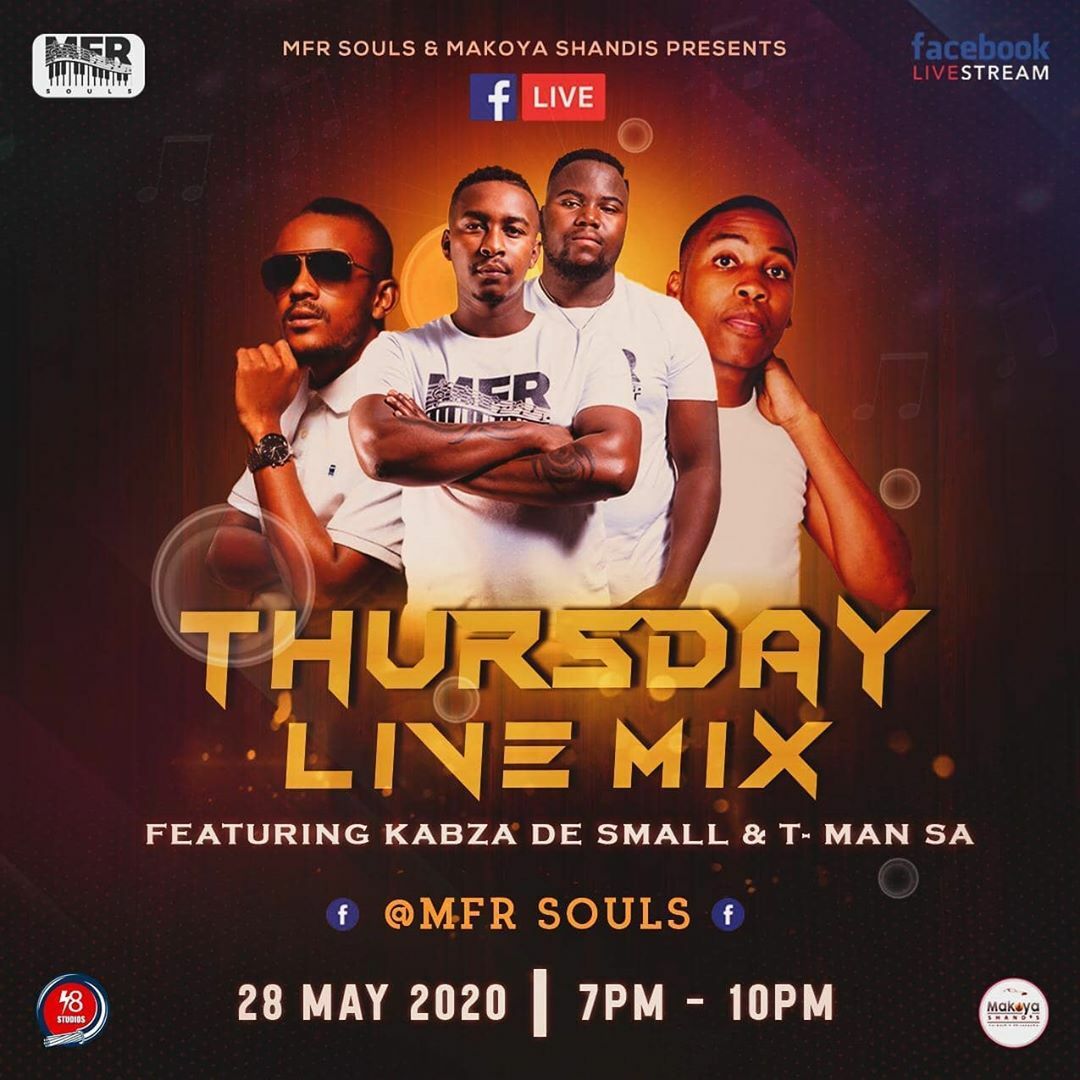 MFR Souls announced plans to celebrate the last Thursday under Level 4 of the national lockdown on Wednesday, 27 May 2020. The duo has scheduled the Thursday Live Mix virtual concert for Thursday, 28 May 2020, from 19:00 until 22:00.

The virtual concert will not only feature a set from the duo, but also two other supporting acts who will be part of the three-hour concert. The first name might be an unfamiliar name to many mainstream house music lovers, T-Man SA. The second supporting act is one half of Scorpion Kings, Kabza De Small.

The concert, which is a partnership between MFR Souls and Makoya Shandis, is scheduled to take place exclusively on the MFR Souls Facebook fan page.

Make sure you tune in tomorrow as we get ready to say goodbye to level 4 lockdown. We featuring @kabelomotha_ & @djtman_official powered by @makoyashandis