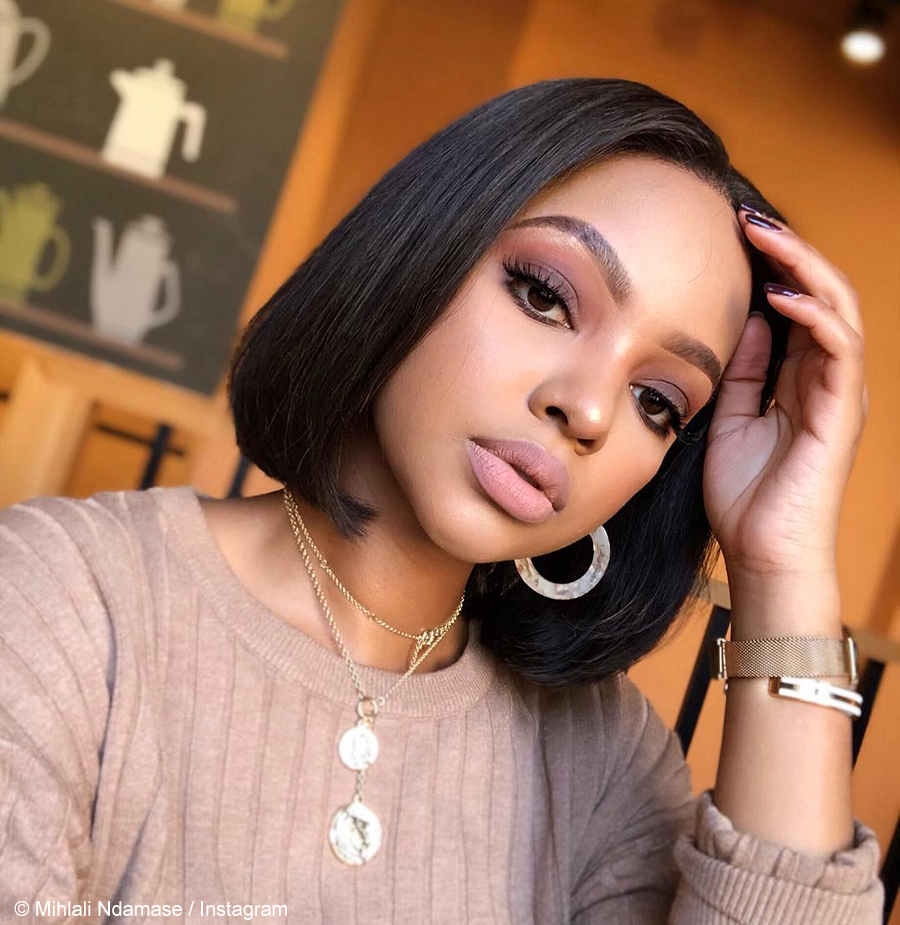 Mihlali Ndamase, once again, proved how influential she is on social media after topping the trends list on Twitter for refuting fake designer handbag allegations.

Mihlali posted an image of herself carrying a green Chanel bag on Saturday, 5 October 2019. The bag was alleged to be a knock-off by a social media user, who had commented under the influencer’s page, “Forget the fake bag. Pic is dope, must say.” Reporting on the accusation, an online publication posted Mihlali’s image from Saturday, along with the comment.

Taking to Instagram to address the allegations, Mihlali posted the authentication card that came with the bag, along with the box and Chanel duster bag that the luxury handbag came in. She then posted the image on her Instagram story and captioned it by writing, “*laugh out loud* heal” and tagged the social media user who made the allegations.

After her reply, Mihlali’s name topped the trends list on social media. Many of the comments highlighted the influence that the star has. One follower wrote, “I’m really enjoying Mihlali being so assertive and no-nonsense lately, yes tell them off.” Another social media user said, “Mihlali is a force. Protect her and while you’re there, leave her alone!”

The star continued to address more of the criticism she received after she posted herself cosmetically getting rid of her underarm fat.  Mihlali had posted the cosmetic surgery as part of her Instagram Stories and following the criticism, posted a video sharing her thoughts on the backlash. The star was unapologetic as one follower rightly said, “Mihlali is not having anyone’s [nonsense] today.”