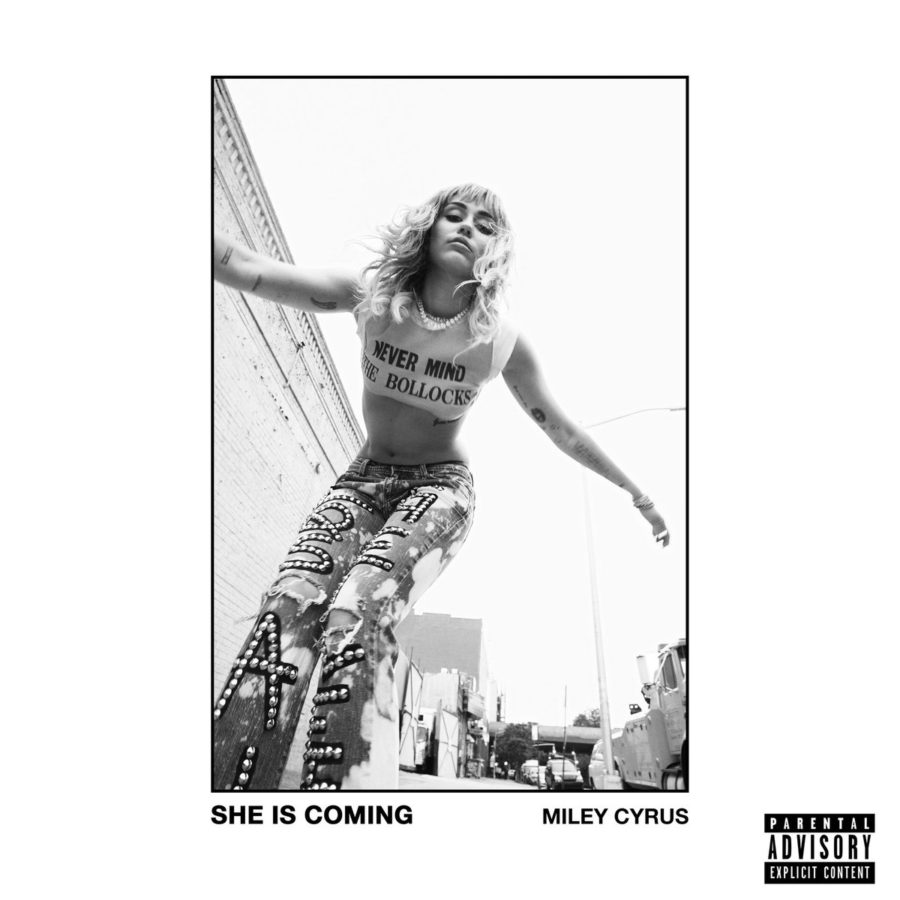 After weeks of Miley Cyrus’ cryptic teasers relating to her upcoming musical project, the singer has now confirmed that she will be releasing a six-track EP titled She Is Coming.

Miley Cyrus has finally confirmed the release of an EP, after weeks of teasing fans with cryptic posts. On Friday, 10 May 2019, she posted individualised Instagram panels writing out, she, is, coming. Through her social media pages, Cyrus confirmed on Tuesday, 28 May 2019, that she is going to release an EP titled She Is Coming on Friday, 31 May 2019.

To confirm news of the EP, Miley Cyrus posted the initial cover art of the EP, which is a photograph of her taken from a low angle as she looks down at the camera. The black and white image has the star dressed in a slogan crop top and statement bellbottom jeans. She then captioned the post by announcing the name of the EP along with the release date and shared that fans could already pre-save the album by going onto her website.

The EP will have six songs from the artist. Miley Cyrus gave fans a preview of three of the songs when she performed them during BBC Radio 1’s Big Music Festival on Saturday, 25 May 2019. The singer gave fans a preview of Cattitude, Mother’s Daughter and D.R.E.A.M, which is the abbreviation for drugs ruin everything around me.  The three songs she did not perform on stage that will also form part of the EP are Party Up The Street, The Most and Unholy.

Miley Cyrus has continued to promote the EP’s release by posting more phallic videos of her and an abundance of fruits, since announcing the imminent arrival of She Is Coming.