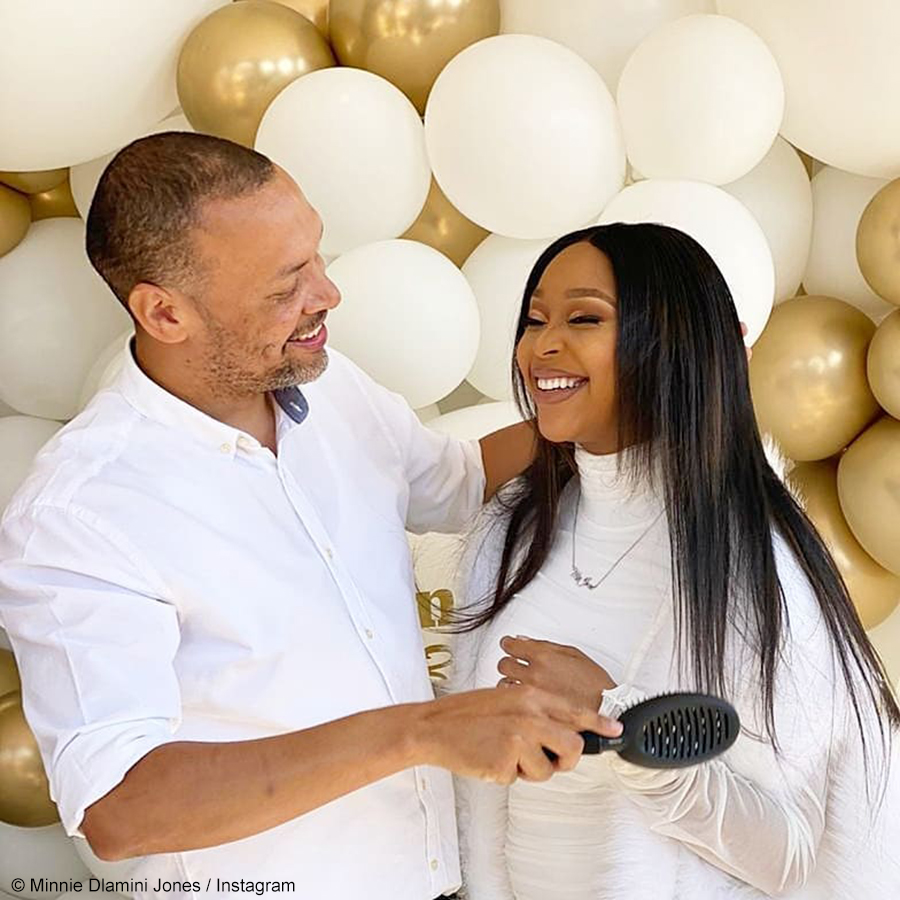 Minnie Dlamini Jones’ husband, Quinton Jones, arranged a surprise celebration of their traditional wedding anniversary and her thirtieth birthday, which was hosted virtually on Zoom.

Minnie Dlamini Jones’ husband, Quinton Jones, did his best to commemorate his wife’s milestone birthday and their traditional wedding anniversary amid the lockdown. In an Instagram post on Wednesday, 8 July 2020, Minnie detailed the day which was planned entirely by Quinton.

Wearing a white Asanda Madyibi cocktail dress and kimono, Minnie paired her look, which was chosen by her husband, with white Louboutin heels. She stated that the look was strategically chosen to match the white and gold décor.

Quinton also decorated the patio of their home with gold and white balloons which marked her thirtieth birthday. He added greenery to their table setting, which featured gold and white crockery. Minnie revealed that her husband also surprised her with diamonds, in addition to the other surprises he had for her throughout the day.

See the images of Minnie Dlamini Jones’ celebrations below.

Today is our traditional wedding anniversary ❤️ Yesterday my husband suprized me with a zoom party for my almost 30th (29.5 😜) He got me an @asandamadyibi outfit to match the theme, got the patio looking beautiful and got my friends and family to join me on a zoom call the whole day… He didn't miss a BEAT, it was PERFECT 😭 And I got diamonds 😜💎 Thank you to everyone that made my day special, from the messages, the flowers, the gifts everyone that thought of me yesterday I appreciate and LOVE you all soooo much!!! But my husband more 😜🤣❤️ Thank you Baby 😍 30…We'll see you next year 😂