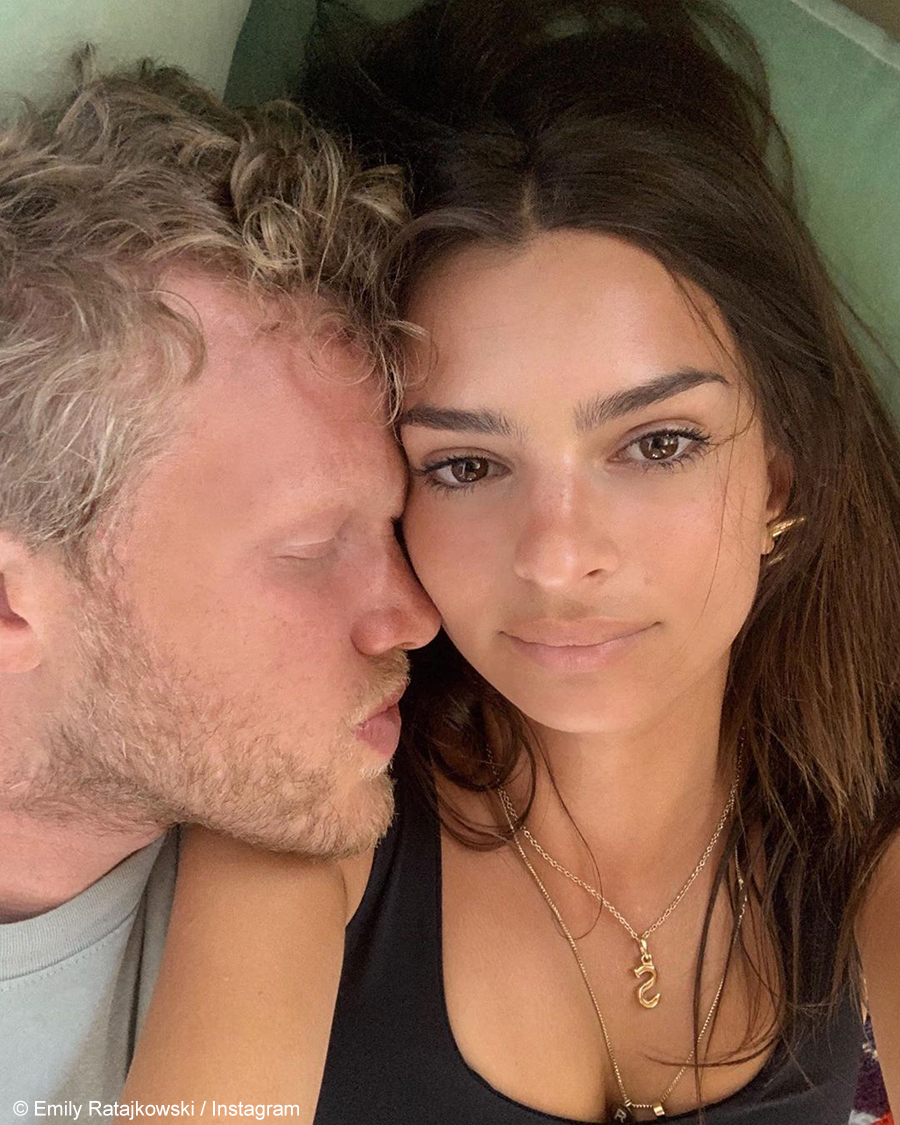 Emily Ratajkowski sparked pregnancy rumours after a cryptic caption to an image of her and her husband, Sebastian Bear-McClard, on social media.

The London-born American model posted an image of the two of them on Wednesday, 21 August 2019. In the image, the couple are posing for the camera, while Emily has her hand on her husband’s shoulder, dressed in a white crop top and over-sized denims held by a black leather belt.

The image was innocent enough. However, her caption to the post is what sparked the pregnancy rumours. Emily Ratajkowski posted the image with the caption, “Mom and Dad.” It did not take long for her 23.9 million followers to start asking if she was joking or serious in the caption.

One follower, who was probably considering the model’s toned stomach and mid-drift revealing crop top, asked, “Where’s the Emrata super child at then?” Other followers asked the question directly, flooding the comment section with, “Are you pregnant,” or, “Wait, a little baby Emrata?”

The couple have been married for over a year, having announced their surprise nuptials in February 2018. If the rumours are true, the arrival of the baby will mark their first child together, and the fourth edition to their family, following the adoption of their dog, Colombo.