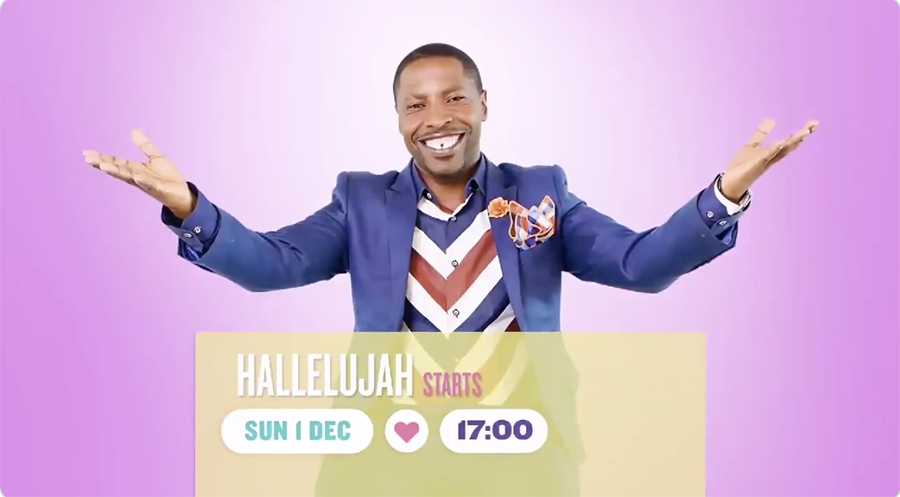 Taking to social media on Friday, 29 November 2019, the channel announced its new show, Hallelujah, which will feature a variety of elements such as live performances and interviews.

Moja Love has described the new show as “a fun-filled gospel musical experience with exciting performances and interviews.” In addition to well-known personalities such as Dr Rebecca Malope and Thinah Zungu, the show will also provide a platform for emerging talent and choirs to showcase their talent. Hallelujah premieres on Sunday, 1 December 2019, at 17:00 on Moja Love, DStv channel 157.

Watch the Hallelujah preview below.