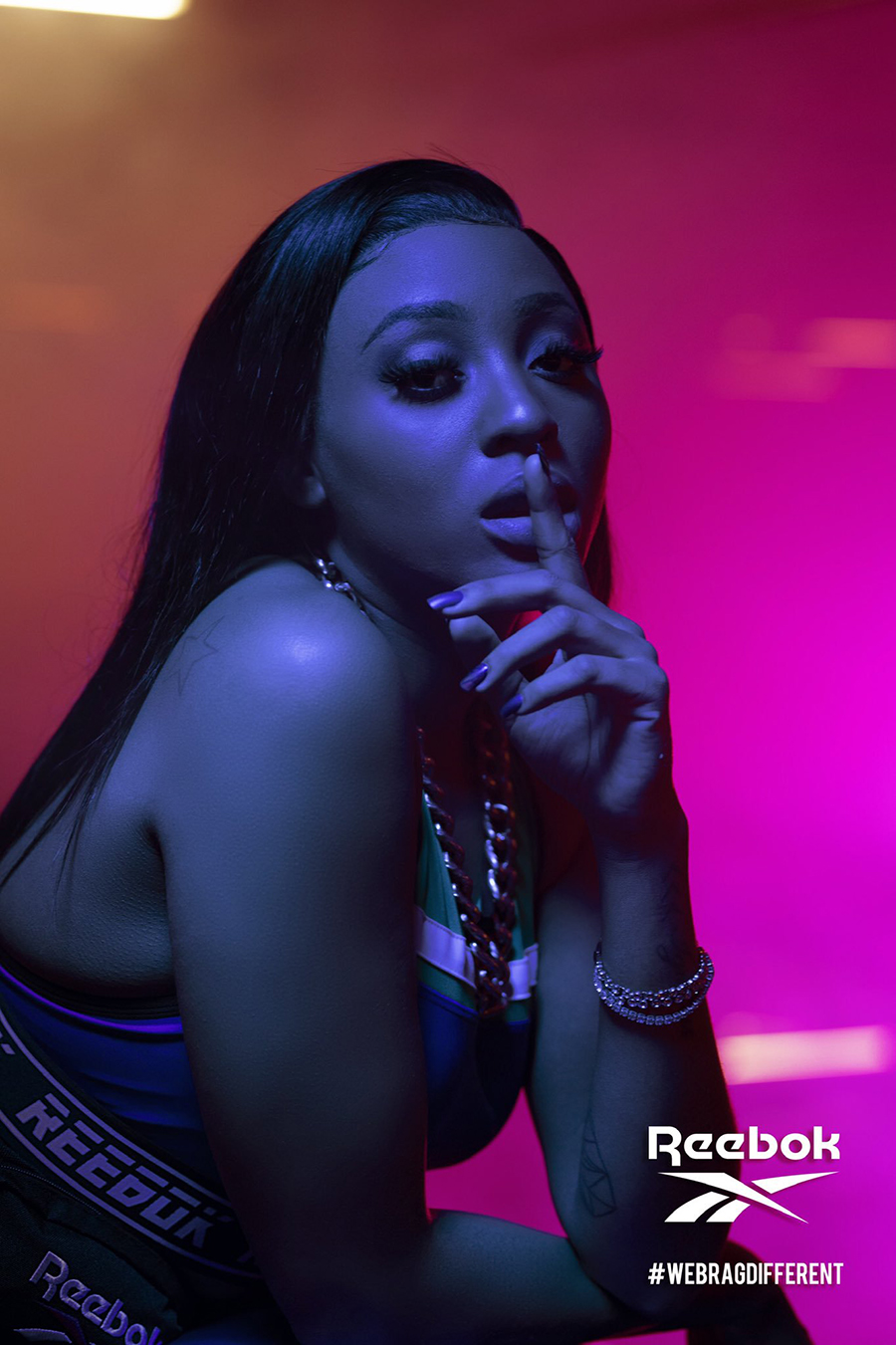 Rapper, Nadia Nakai, surprised fans when she announced that she is now the official ambassador for Reebok South Africa, prompting congratulatory messages from fans and industry colleagues, including Bonang Matheba.

On Wednesday, 31 July 2019, Nadia Nakai sent social media into a frenzy after she announced that she is officially an ambassador for English footwear and apparel company, Reebok South Africa. The rapper made the announcement in the evening by posting her first promotional image with the brand.

In the image she shared, the hip-hop artist poses in the brand’s athletic sports bra, with a finger over her lips and staring directly at the camera. Nadia Nakai posted the image with the caption, “I’m proud to announce that I’m the official Brand Ambassador for Reebok South Africa”. She followed the post with a string of hashtags pertaining to the brand.

The move sees the artist join South African artists like media personality, K Naomi and rapper, AKA, as local brand ambassadors for Reebok. Internationally, she shares the endorsement deal with American rapper, Cardi B.

The news was welcomed positively by many of the Imma Boss hitmaker’s fans. The artist was even congratulated by popular media personality, Bonang Matheba, who also came in defence of the rapper’s achievement when a fan tried to make a spiteful remark.

A follower tweeted, “So when people post their announcements and say: “Official Ambassador”. Does it mean that the person who was ambassador before them was not official? Balance me. Don’t be intentionally loaded, it’s just classless.”

Bonang Matheba was quick to respond, writing, “Not necessary. Congratulate. Keep it moving.”

A strong woman who exceeds the boundaries of innovation and challenges the norm… We're proud to announce our new 🇿🇦 ambassador, @nadianakai. BRAGGA 💥 💥 💥 #SportTheUnexpected #ReebokWomen #WeBragDifferent