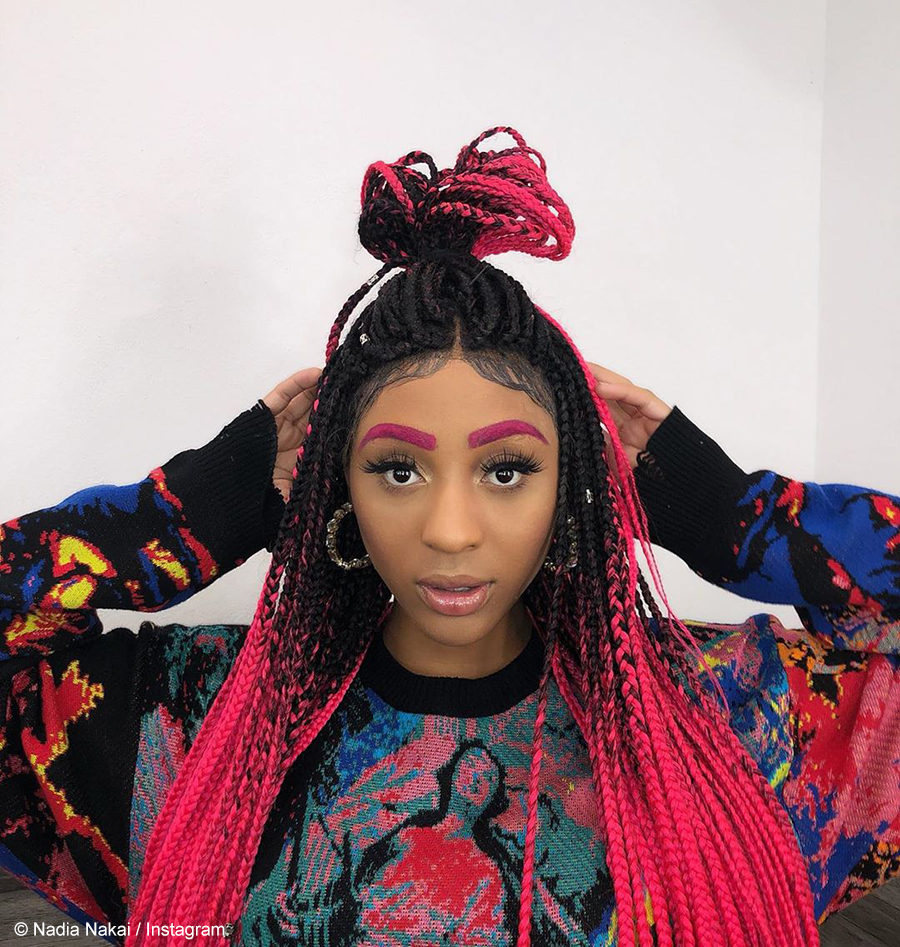 In a continued promotional run, Nadia Nakai has taken to her social media pages to remind her followers to purchase her debut album, Nadia N*ked, if they haven’t already.

On Thursday, 11 July 2019, South African rapper, Nadia Nakai, took to Instagram to urge her followers to get her newly released album, Nadia N*ked. Nadia N*ked, which serves as her debut album, boasts 17 tracks, eight of which feature prominent South African artists. The cover of the album features a bare Nadia, with bronze paintings spread across her body.

Nadia hosted a launch party for the album on Friday, 28 June 2019, which took place in Rosebank, Johannesburg. Bonang Matheba was amongst the prolific industry names who attended the album launch party.

In an Instagram video posted on Monday, 8 July 2019, Nadia sits alongside fellow rapper, Tshego, discussing her debut album. She added that she hopes people watching the interview will get further insight into the album.

Nadia has since shared that the making of her album taught her so much and that she learned a lot from the people she worked with while making it. She captioned the post: “the making of my album Nadia N*ked!!!”. The album is out and ready for purchase.

Watch the making of Nadia Nakai’s album video below.

The making of MY ALBUM Nadia Naked!!!!!! Convos with @tshego_worldwide I had to learn a lot! From a lot of different people working on this project! It took a lot! Thanks bro!!!!! Please get my new album out now! #NadiaNaked 🎥 @lashshotsstudios