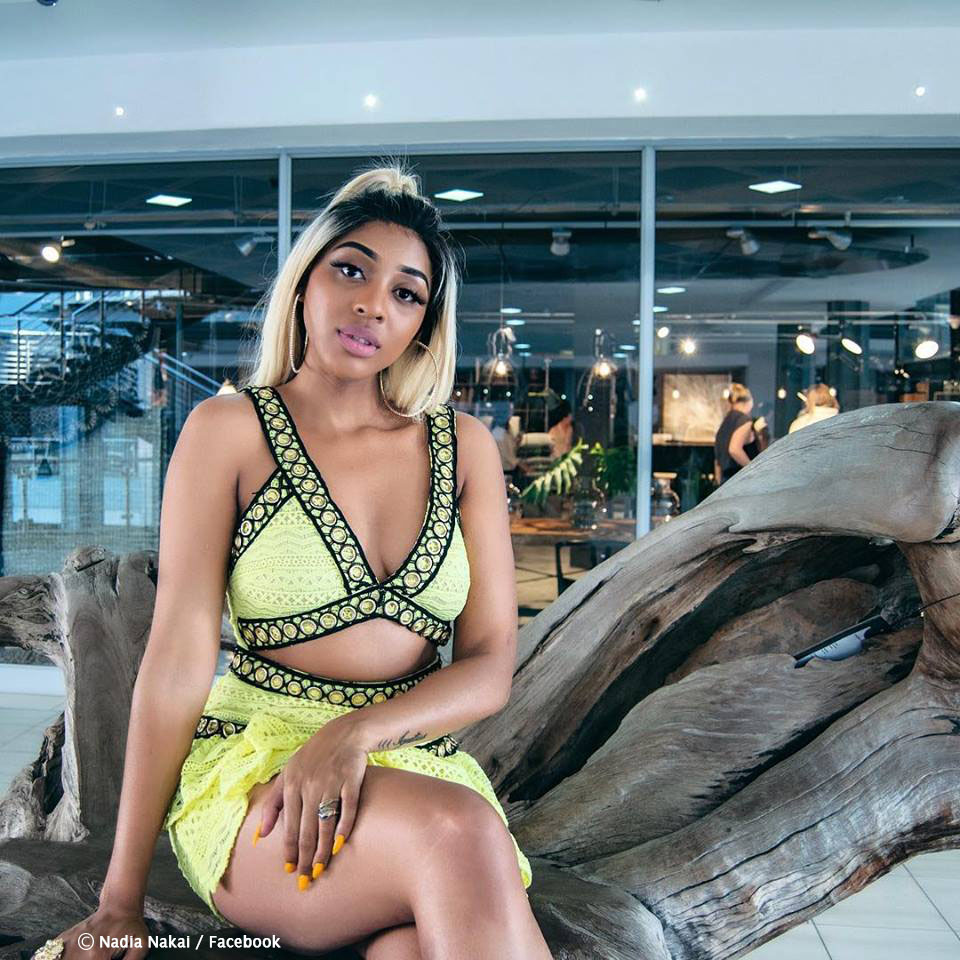 Nadia Nakai was gifted with a custom set of diamond encrusted fangs on Friday, 28 September 2018.

Rapper Nadia Nakai took to social media on Friday, 28 September 2018, to show off a custom-made set of diamond encrusted fangs, made for her by dentist to South Africa’s biggest celebrities, Dr Smile, a.k.a Lex Leo.

Nakai posted a video clip of herself trying out the fangs for the first time. “Thanks Lex Leo for coming to my shoot to drop off my custom Fangs! My teeth cold!”, she wrote.

In the video, Nakai can be seen sporting the well-known Bonang Matheba ‘Give the People What They Want’ limited edition t-shirt.

This is not the first time Nakai has adorned herself with items from Matheba’s range of clothing collections. To announce the release of her new single ‘Yass B*TCH’ on 20 September 2018, she posted a video of herself dancing along to the single wearing nothing but a lacy purple underwear set from Matheba’s ‘Distraction’ lingerie range.

Nakai has achieved great success over the course of her career, despite not having released a full-length album to date. She is signed to Cassper Nyovest’s Family Tree records, and recently reached 1 million views on YouTube for her ‘Naaa Meeaan’ music video.