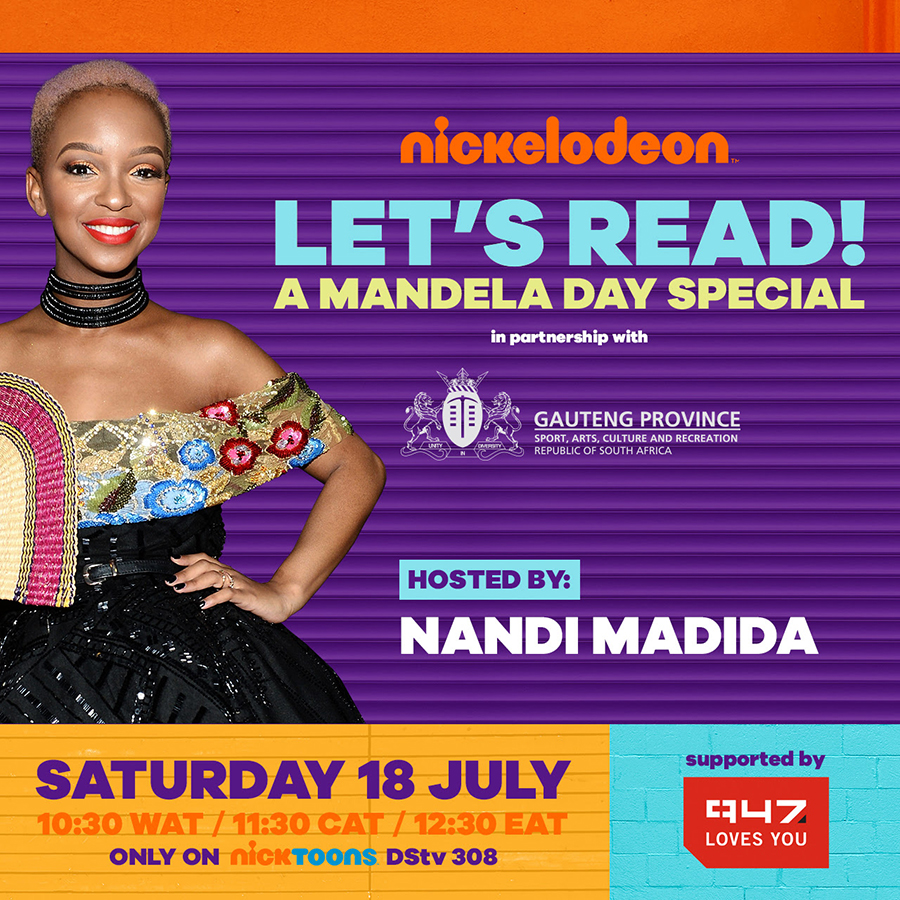 Nandi Madida has been announced as the host of Nickelodeon’s Let’s Read! Mandela Day special, which will promote reading in a televised show on NickToons.

Nandi Madida will be taking on the hosting duties for Nickelodeon’s Let’s Read! special on Saturday, 18 July 2020, which will be broadcast on NickToons, DStv channel 308. According to a statement by Nickelodeon today, 9 July 2020, the segmented special is scheduled to take place throughout the day and was inspired by the channel’s initiative to promote reading for Mandela Day.

Let’s Read! will focus on encouraging literacy amongst kids and will also include interactive arts and crafts tutorials, as well as dance and music performances. The special will also have its own Wash Your Hands song using the popular Baby Shark tune and character, which is now part of the Nickelodeon family.

Nandi Madida will interact with the young audience throughout. She stated, “No matter what class, culture, race or social standing you’re in, you are afforded an opportunity to read. As a mother, I want to encourage my children to know and appreciate the power and beauty of literacy.”

Let's celebrate this Mandela Day with some of South Africa's coolest kid authors, hosted by @Nandi_Madida.