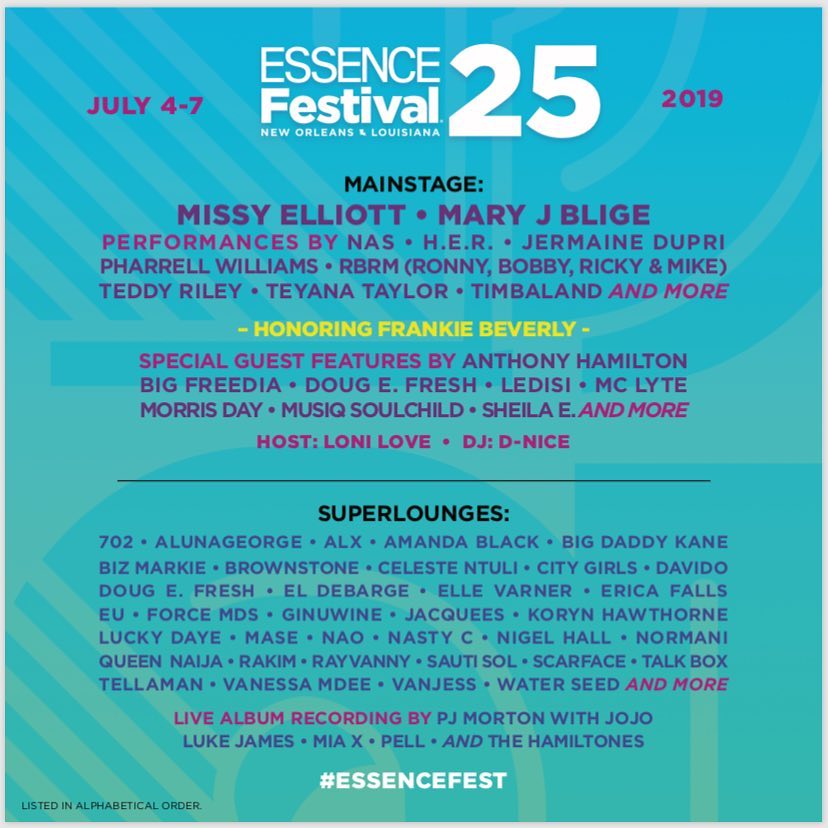 Nasty C and Tellaman join the line-up for the Essence Festival taking place in New Orleans from Thursday, 4 July 2019 to Sunday, 7 July 2019.

South African hip-hop heavyweights Nasty C and Tellaman have been announced as two of the latest additions to the upcoming Essence Festival line-up. Performing at the festival will be yet another stride in both artists’ mission to assert themselves in both the local and global hip-hop community.

Nasty C had a highly successful 2018, reaching multiple career milestones such as being the number one streamed artist in South Africa as well as the release of his sophomore album, Strings and Bling, which achieved Platinum status.

Tellaman is a star in his own right. He is a self-taught producer and musician that has worked on hits like DJ Speedsta’s Mayo as well as his debut mixtape titled Mind vs. Heart, released on 10 June 2016. His most recent contribution is the full-length album God Decides, released on 1 February 2019.

2019 marks the 25th anniversary of Essence festival. To match the occasion, organizers have planned an unrivaled line-up of musical acts. Known as ‘Party with a Purpose,’ the Essence Festival aims to offer guests a busy and unforgettable weekend.