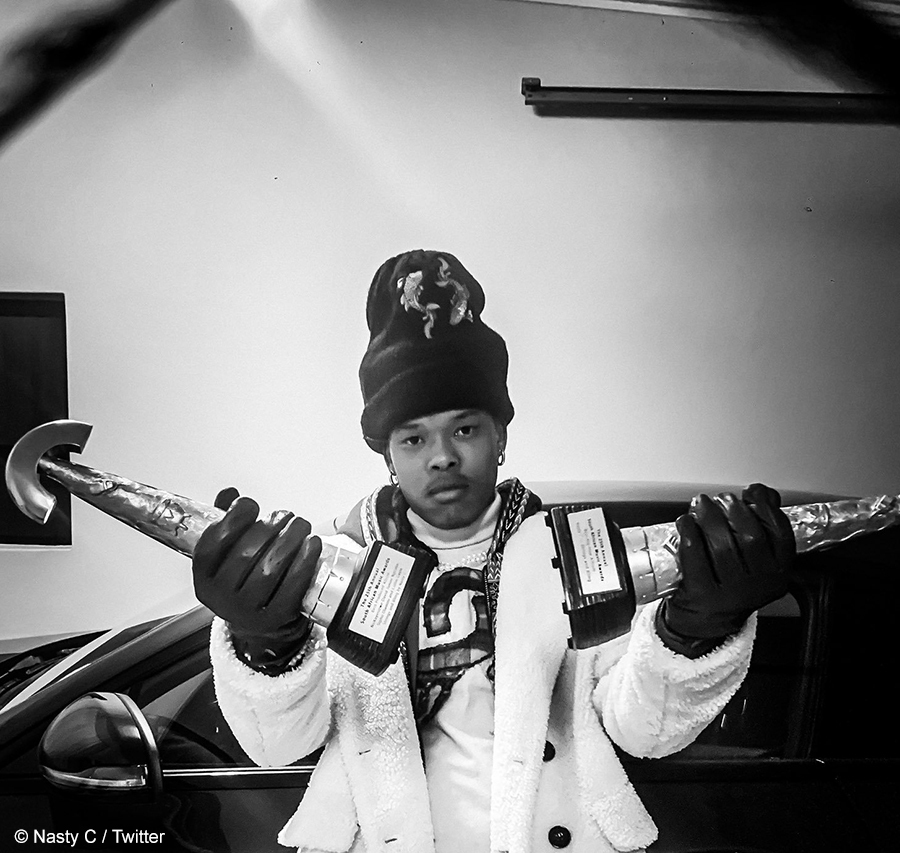 Rapper, Nasty C, celebrated another monumental feat on his social media pages, revealing that he was the most streamed artist in South Africa in the past four years.

Celebrated rapper, Nasty C, took to his social media pages on Monday, 22 July 2019, to share how he has dominated the streaming platform, Apple Music, in sub-Saharan Africa in the past four years. The artist shared the recently released data by Apple Music, which revealed who the top performing local and international artists on the streaming and download platform are, which was dominated by the Strings And Bling rapper.

The rapper maintained his reign as the number one artist on the Top South African Artist category between 2015 and 2019. The second category that he topped was the Most Streamed Album in Sub-Saharan Africa for his sophomore album, Strings And Bling, which he released on Friday, 6 July 2018.

Moreover, the artist was named the second Top Artist in Sub-Saharan Africa, the top spot taken by 2019’s BET Awards winner for the Best Africa International Act, Burna Boy. In the categories he topped, the artist beat out other popular South African musicians like AKA, Black Coffee, Lady Zamar, Sjava, Shekhinah, Mlindo The Vocalist and Prince Kaybee.

The announcement comes as the artist prepares to release his third album, which has the working title of Zulu Man With Some Power. Although not clear when the album will be released, Nasty C has shared that it will be sometime in the summer.