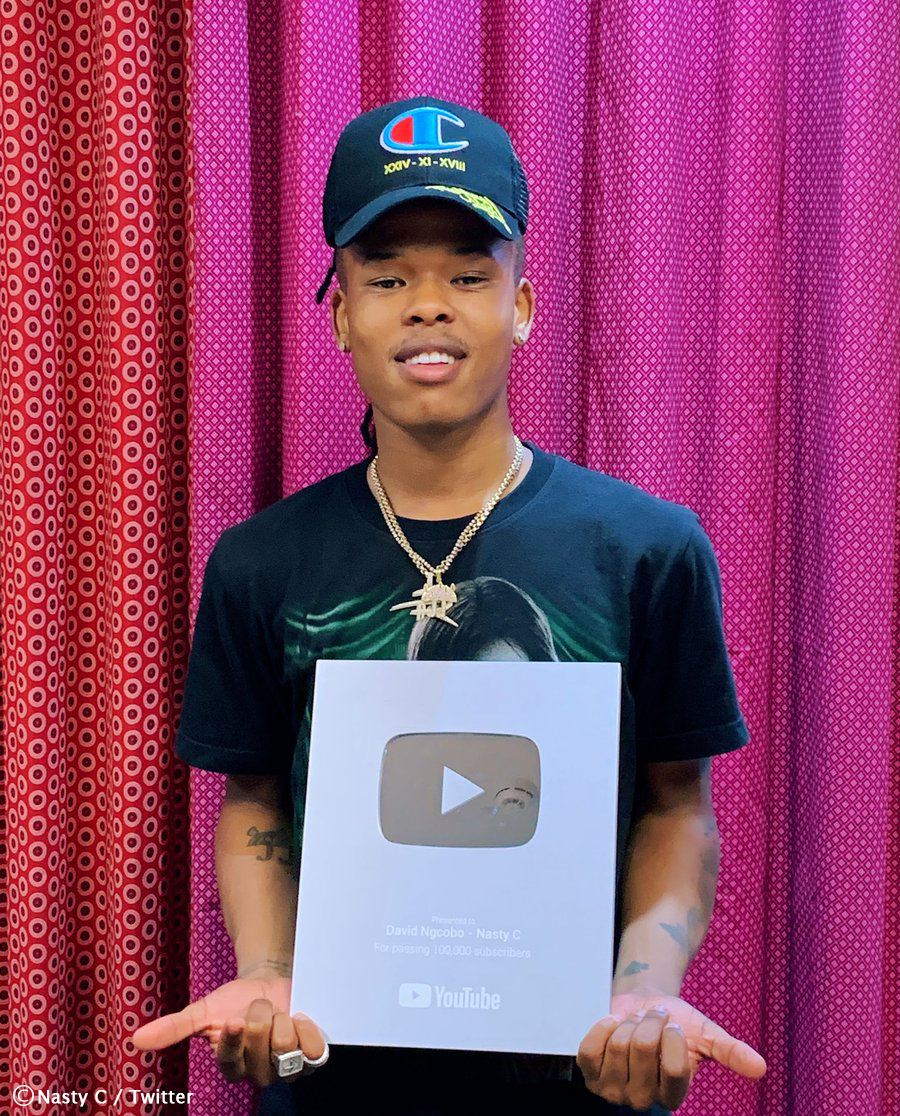 The plaque is awarded to some of the most influential and most viewed YouTube channels. The rapper took to social media on Tuesday, 4 December 2018, to share images of himself receiving the plaque, as well as to thank his fans for their continued support.

The young rapper shot to fame with his hit single, ‘Juice Back,’ and went on to release a remix of the song alongside “Abuti Fill Up,” Cassper Nyovest, and Nigerian sensation, Davido.

To date, almost all of the rapper’s music videos on his YouTube channel have exceeded one million views. His two most viewed music videos currently are ‘Said,’ alongside Runtown, and ‘King,’ featuring A$AP Ferg, which have amassed eleven million and four and a half million views respectively.

Watch the ‘Said’ and ‘King’ music videos below.