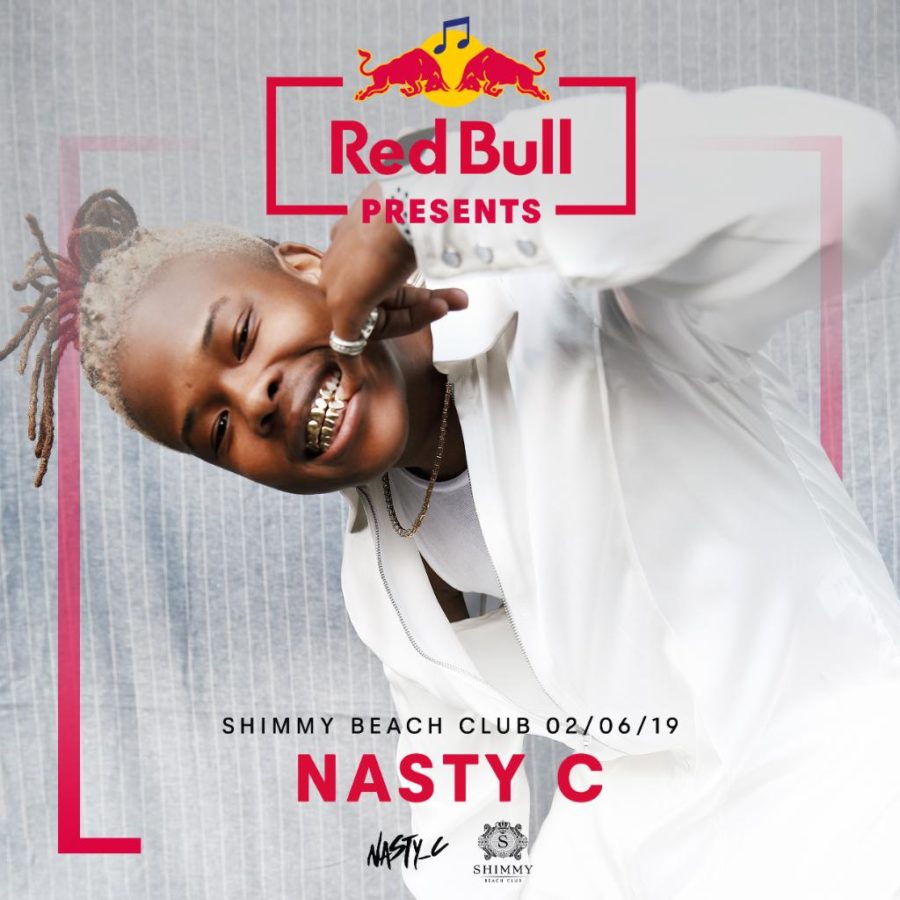 Hip-hop artist Nasty C is set to perform at Shimmy Beach Club, Cape Town, on Sunday, 2 June 2019, and the rapper will be supported by the likes of Rowlene, Tellaman and Gemini Major.

Nasty C is headlining the after-party performance for Cape Town’s edition of the Red Bull circuit, which will take place on Sunday, 2 June 2019. Following the circuit, Nasty C, along with other supporting acts, will take the stage to perform. The rapper retweeted the announcement on his Twitter page on Friday, 24 May 2019, to serve as a reminder to fans to get their tickets.

Featured on the line-up from Tall Racks Records is vocalist, Rowlene. The singer has currently been enjoying the success of her joint single with Nasty C, the chart-topping SMA.

The second artist also on the line-up is Tellaman. He just released a music video for his latest single, Whipped, on which he features vocalist Shekhinah and Nasty C. The music video has already amassed over 500 000 views in the two weeks since its release.

Gemini Major is also listed as a supporting act for the upcoming event. Although the artist’s rise to fame was because of his talent as a music producer, he now has cemented his name as a performing artist. His latest single is a collaboration with Tellaman called Issa Vibe.

Tickets for the performance will cost R100 for persons over the age of 18.