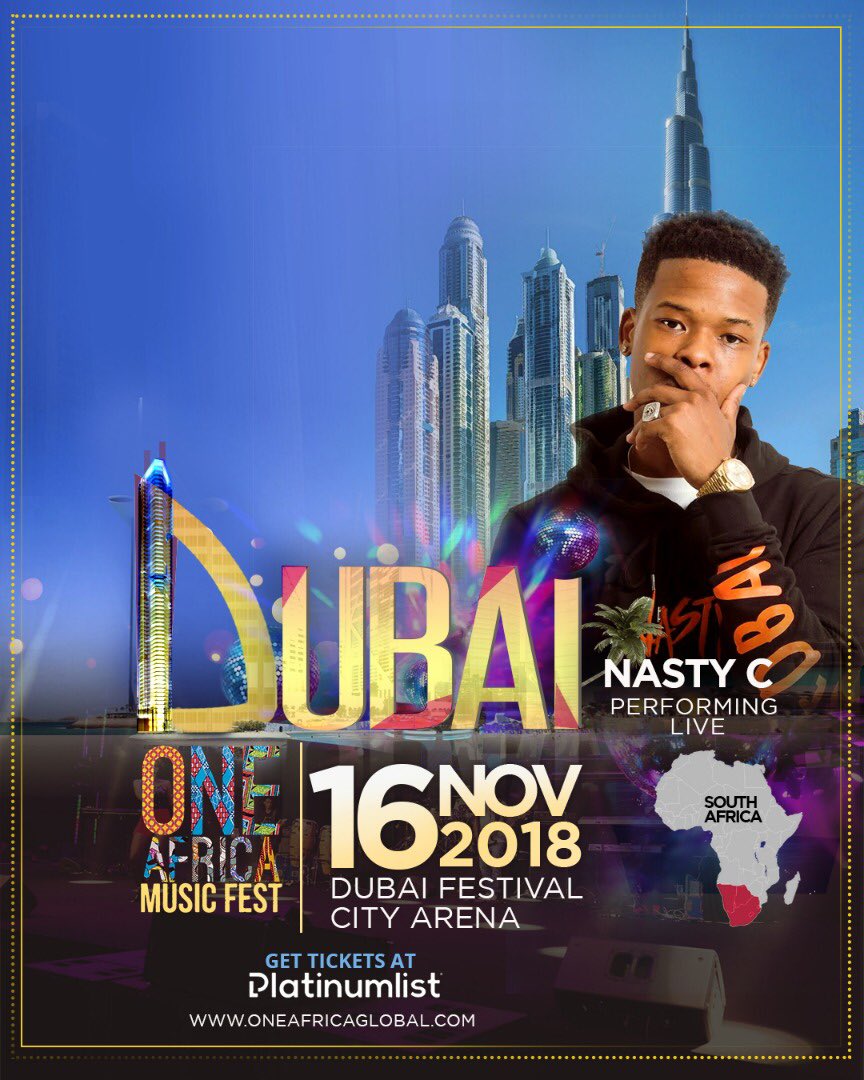 Nasty C will be performing at the One Africa Music Fest on 16 November 2018 at the Dubai Festival City Arena.

Rapper Nasty C continues to grow his brand as he lands featured spots at international festivals. The ‘Jungle’ hitmaker returned from Botswana on Monday, after a weekend of packed concert events.

Now, Nasty C has announced that he will be heading to Dubai this November to perform at the One Africa Music Fest.

On Sunday, he retweeted an announcement about the event, which read, “@Nasty_CSA will be performing at the #oamfdxb on the 16th of Nov at the Dubai Festival City Arena. Get your tickets NOW!!.” Other artists billed for the festival include Cassper Nyovest, Davido, Wizkid, Sarkodie and Tekno.

Nasty C is currently touring his latest album titled Strings and Bling. On Monday, he announced the performance date for his Bloemfontein leg. He will play at Ekhayeni Lounge on Friday, 9 November 2018 at 18:00.