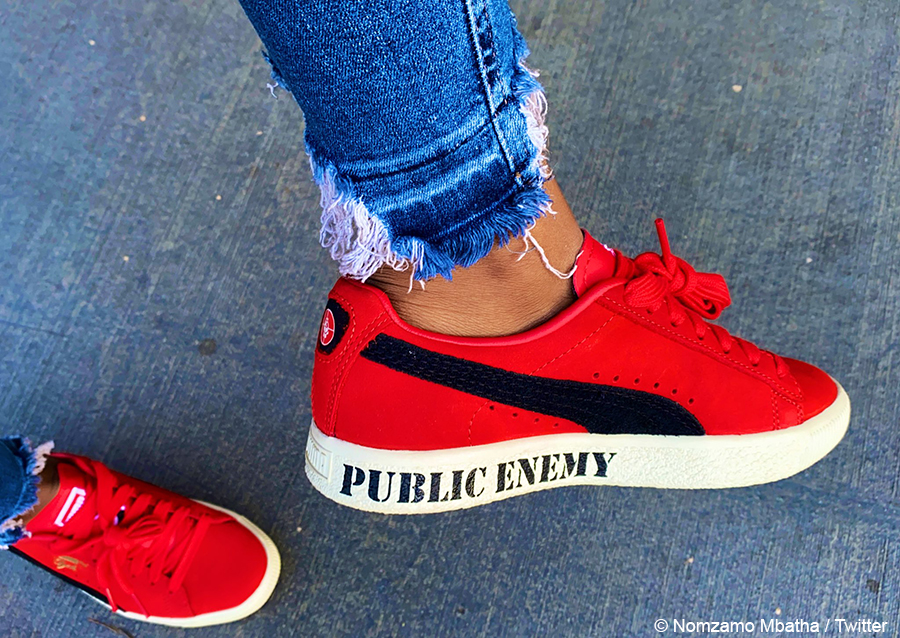 On Monday, 30 March 2020, Nomzamo Mbatha took to Twitter to share images of the yet-to-be released Puma “Clyde” sneaker. Her sneakers were red with black detail and a white sole. The signature Puma platform sole features empowerment messages such as, “Fear of a black planet,” and “Public enemy.” Puma South Africa also shared the image, with a caption explaining that the sneaker is scheduled for release later in the week.

See the images of the Puma “Clyde” sneakers below.