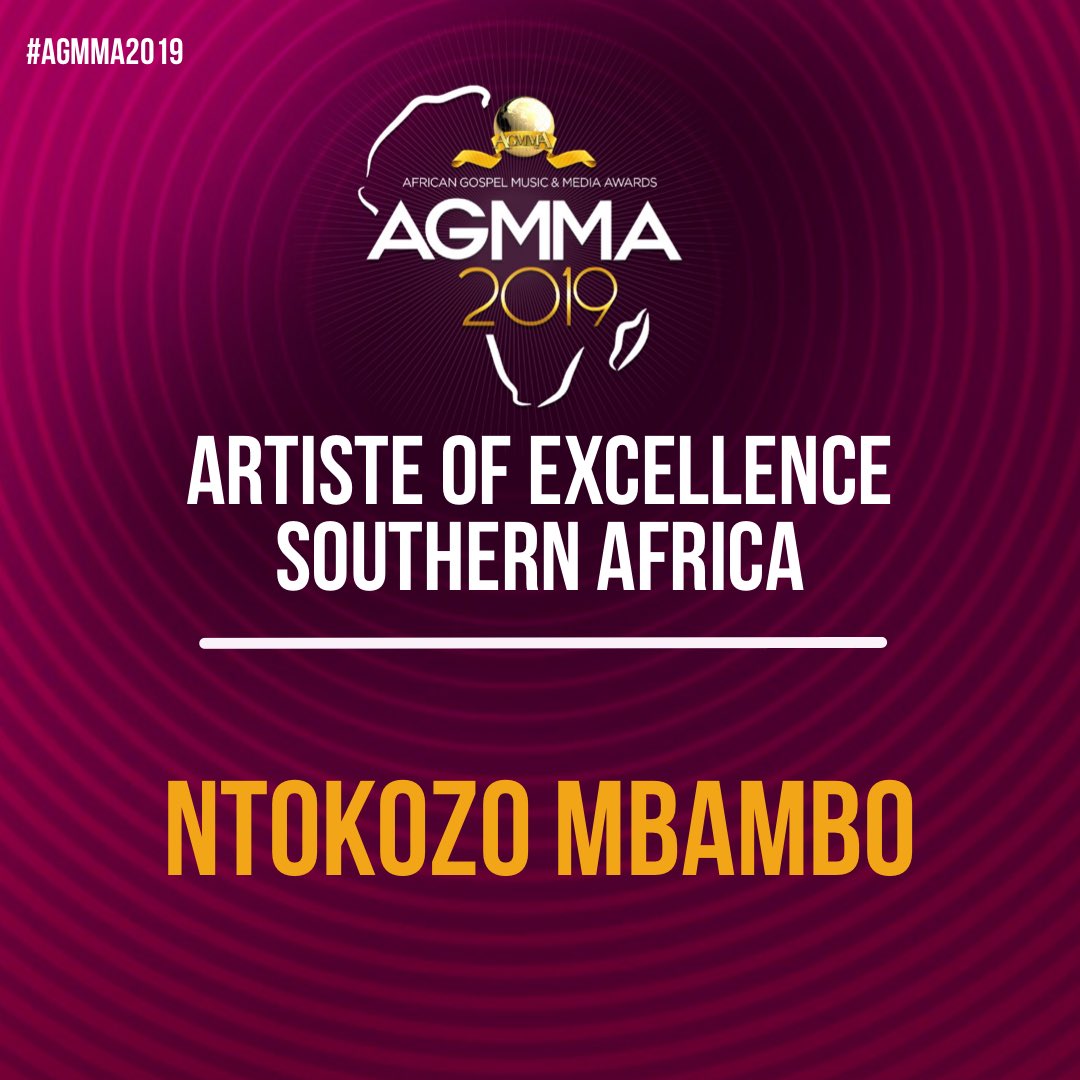 The African Gospel Music and Media Awards hosted their annual prize giving awards ceremony on Saturday, 1 June 2019, at Jenkins Lane Beckton in London. The award ceremony honours African artists from all over the continent who have made great strides in the past year for the genre, both in music and in media. Sharing the news with her fans across her social media pages on the day of the award ceremony, Ntokozo Mbambo celebrated her two wins.

Although she did not attend the awards ceremony, as she was attending and performed at the twenty-fifth  annual South African Music Awards on the same day, Ntokozo Mbambo walked away with two coveted awards at the ceremony including 2018’s Artiste Of Excellence Southern Africa and Female Artiste Of Excellence. Instead of posting a message of thank you, Ntokozo Mbambo shared the news by sharing the animated placards that showed her name and the category she won for. The placards were of a purple background with the top half filled with the logo of the award ceremony and the categories she was nominated in, and the bottom half had her name written in gold.

The gospel artist is one of three South African artists who won at the awards ceremony, including Bheka Mthethwa for 2018’s Instrumental Musician of Excellence, along with United Kingdom-based musician, Mike Aremu.

The third South African winner, who won in one of the non-competitive categories of the ceremony, is Dr Rebecca Malope who was awarded with this year’s African Gospel Music and Media Lifetime Achievement Award. Similar to Ntokozo Mbambo, the veteran artist attended and performed at the South African Music Awards instead of attending the award ceremony in London.