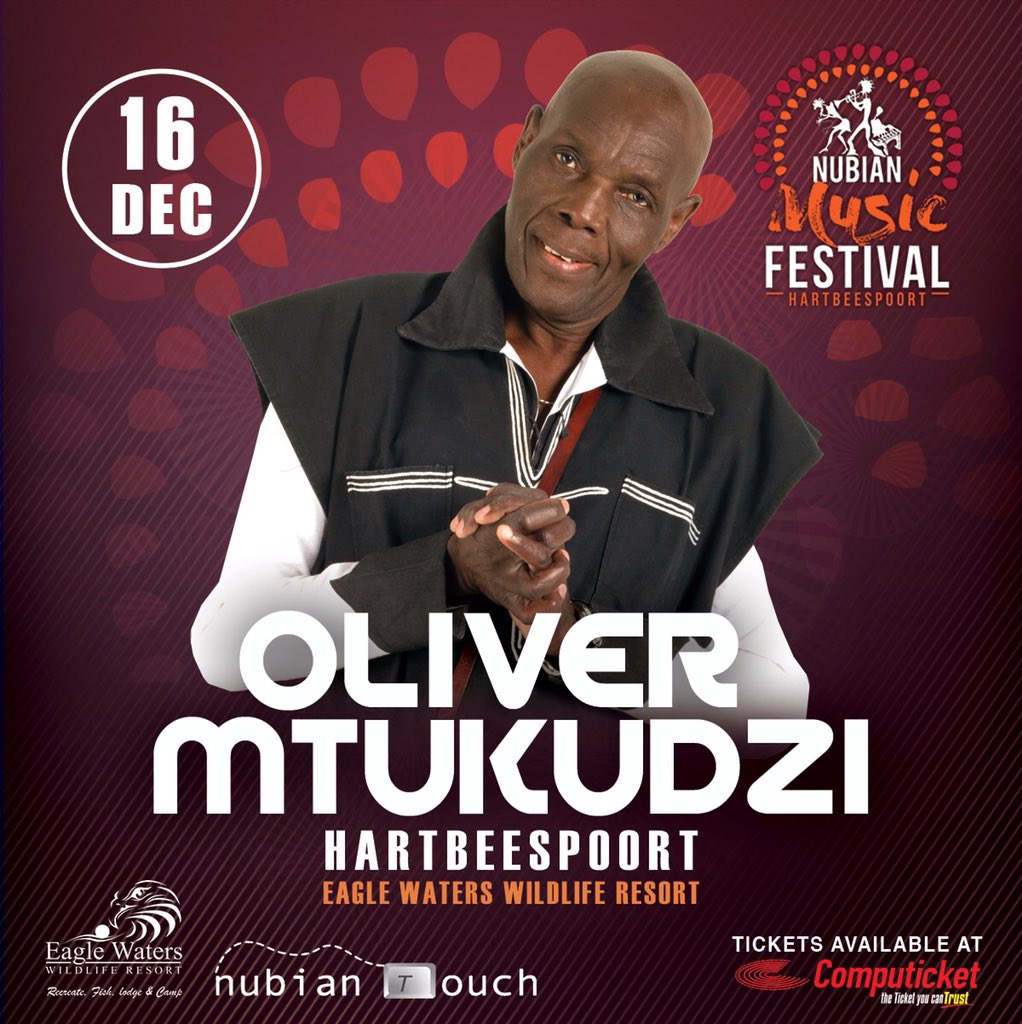 Following the success of the first edition of the music festival, it will be returning with performances from the likes of Lira, Mi Casa and Oliver Mtukudzi.

The Nubian Music Festival is returning to the Hartbeesport Dam’s Eagle Waters Resort this year, following its first instalment in 2017. This year’s event will see some of the continent’s top musicians take to the stage, from Friday, 14 December 2018 until Monday, 17 December 2018.

The likes of Mafikizolo, Mi Casa, Donald and Lira are just some of the performers that attendees can look forward to.

The legendary Oliver Mtukudzi will be performing on Sunday, 16 December 2018. Mtukudzi’s musical career spans over four decades, with the release of Ndipeiwo Zano in 1978, which was re-released in the year 2000.

Apart from his numerous accolades and achievements, the musician was honoured by the University of Zimbabwe in 2010, when he was awarded with The International Council of Africana Womanism Award. The award was presented to him for his contribution and role in uplifting African women through his work in the arts.

“The weekend will build on the foundation of last year’s inaugural event and includes a larger and more diverse line-up of quality live performances, coupled with craft and family entertainment. The Nubian Festival aims to make Hartbeespoort a beacon of tourism in the North West province.”