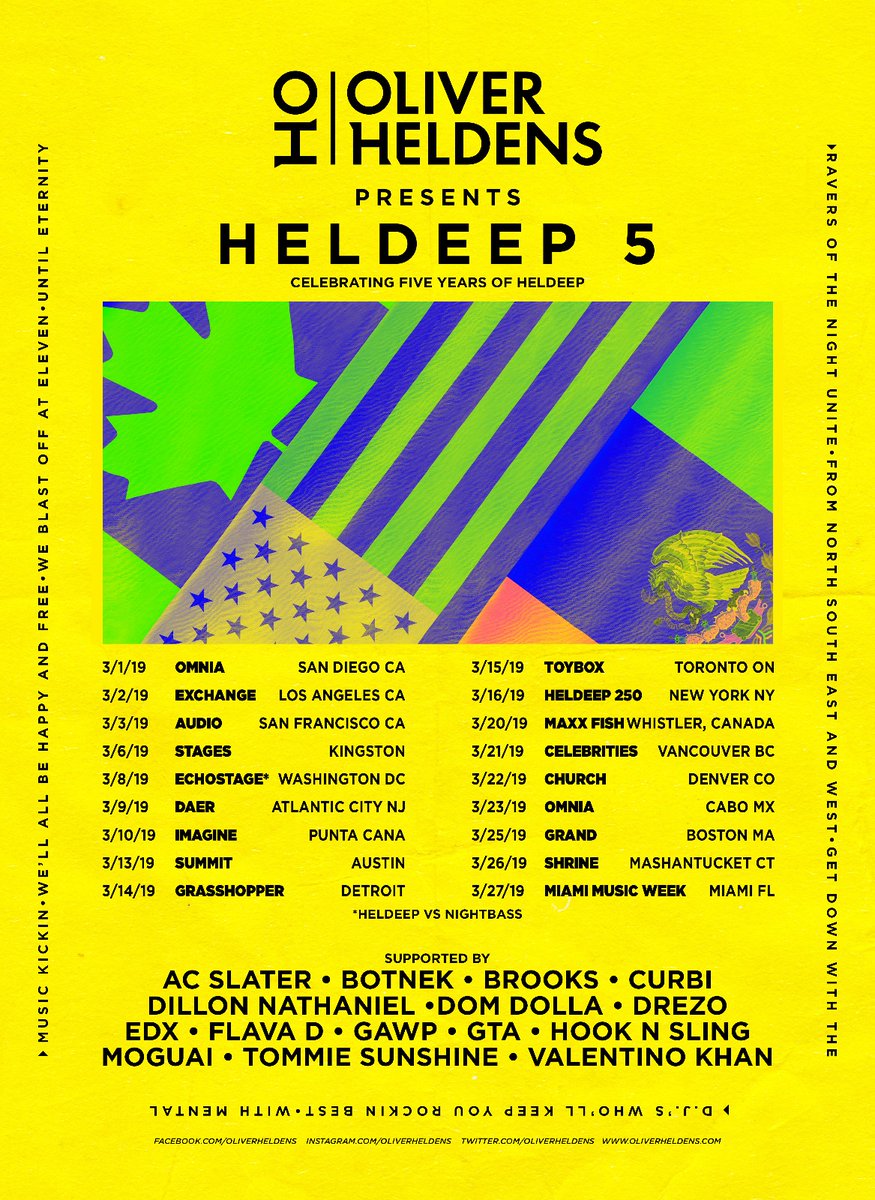 Dutch producer and DJ Oliver Heldens is set to continue his worldwide tour with upcoming dates in the United States, Mexico, Canada, Europe and Asia.

The tour is titled Heldeep 5 and is in celebration of five years of Heldeep records, Oliver’s music label. The tour kicked off on Friday, 1 March 2019, with a show at Omnia in San Diego, California. Since then, Heldens has played all over the United States and Mexico, with shows in Los Angeles, Washington, Atlantic City, Puta Cana, Austin and Detroit.

The next leg of the North American and Canadian tour starts on the Friday, 15 March 2019, in Toronto, Canada. Heldens will then perform in other locations in the States such as New York, Denver, Boston, Mashantucket, ending off in Miami Beach with Ultra Music Festival on Sunday, 31 March 2019.

The European and Asian leg of his tour begins on Friday, 12 April 2019, in his hometown of Rotterdam, Netherlands. Upcoming tour dates include shows in France, Indonesia, Spain, Austria and Germany. The tour will wrap up on Saturday, 24 August 2019 at South East Four Festival in London.

The Heldeep 5 tour comprises of both club shows and festivals. The DJ is expected to play music similar to his latest compilation The Groove Box, which was released on 13 July 2018.

Tickets for the tour are available for purchase from Oliverheldens.com