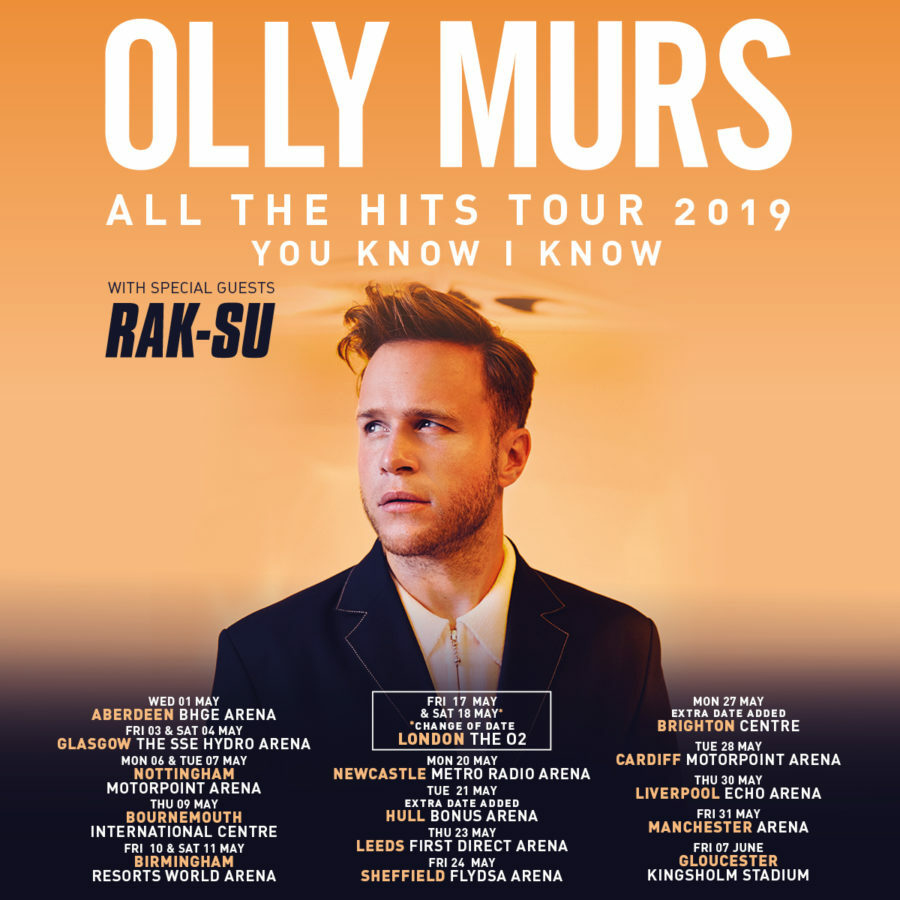 Olly is going on tour in support of his recently released album, You Know I Know, which was released on Friday, 9 November 2018. The album includes popular hits like Love Me Again, Excuses, Mark On My Heart, Take Your Love and Dance With Me Tonight. These songs are included in Olly’s most recent set list, which also includes popular songs like Troublemaker, Kiss Me, Moves and Up.

Olly begins his All The Hits Tour in Aberdeen’s BHGE Arena on Wednesday, 1 May 2019. Following this, he performs two shows at Glasgow’s Hydro Arena on Friday, 3 May 2019 and Saturday, 4 May 2019. He then plays a show in Bournemouth’s International Centre on Thursday, 9 May 2019, followed by two shows at Birmingham’s Resorts World Arena. He then makes a brief detour to Dublin to perform at the 3Arena on Monday, 13 May 2019.

Olly’s All The Hits Tour will feature special guests Rak-Su. Rak-Su is a British band that rose to fame when they won the X Factor in 2017.

Tickets for the All The Hits Tour are available for purchase from Ticketmaster.