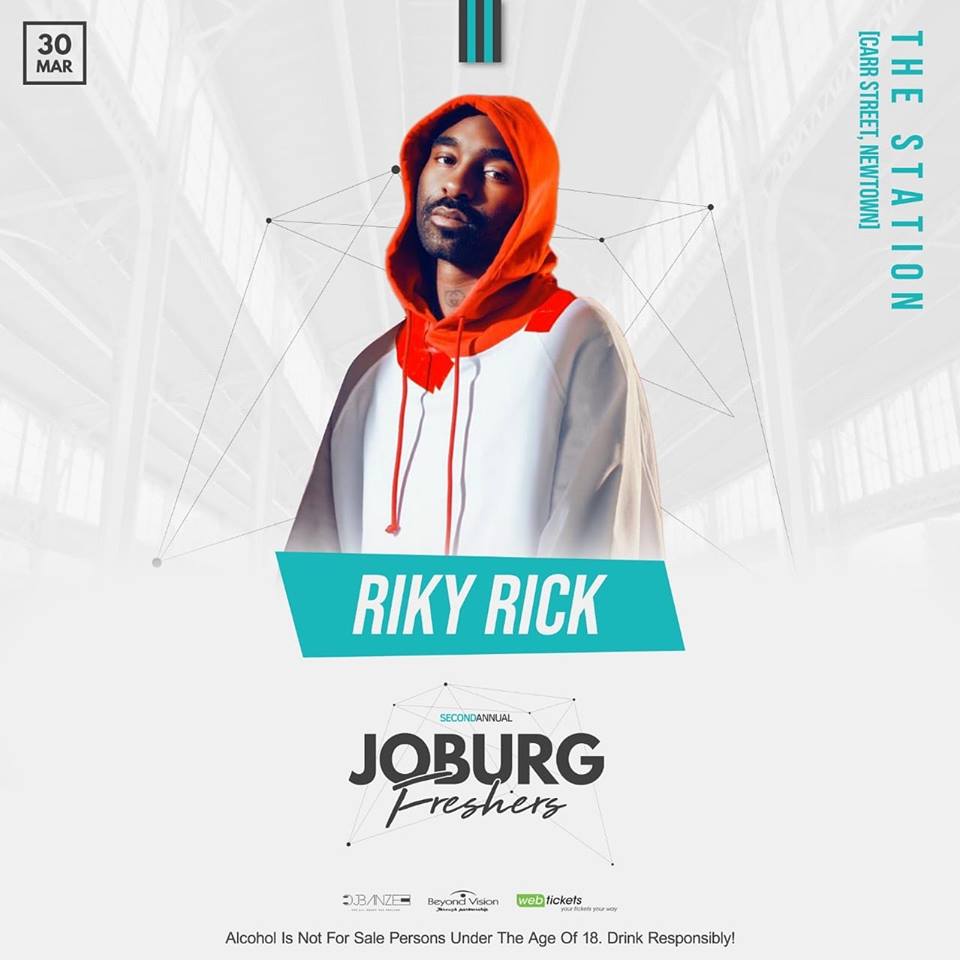 Riky Rick is one headlining act set to perform at Joburg’s second annual Freshers that started with a pre-party at the University of Johannesburg on Tuesday, 5 March 2019.

The second annual Joburg Freshers Party will take place on Saturday, 30 March 2019 at The Station in Newtown. The university student-lead and inspired party has a line-up of over ten main headlining artists including rapper and producer Riky Rick and an undisclosed number of supporting acts that will perform on the Freshers stage too.

Riky Rick performed at the pre-party to the main event at the University of Johannesburg’s New Doornfontein Campus. He, along with house deejay DJ Banze, delivered stellar performances to the large crowd.

The main event’s line-up is still being announced, with the latest musician to be added being AmaBlesser vocalist, Mlindo The Vocalist. He will be performing amongst other artists like rappers Yanga Chief, Kyotic and hip-hop duo B3nchMarQ. The line-up also includes DJs such as DJ Switch, DJ Smokes, DJ Mo Flava.

Principal headliner Riky Rick comes from celebrating the success of his own festival, which specifically focused on bringing together an array of hip-hop artists to show unity within the hip-hop space.

Tickets are currently available for purchase from WebTickets.