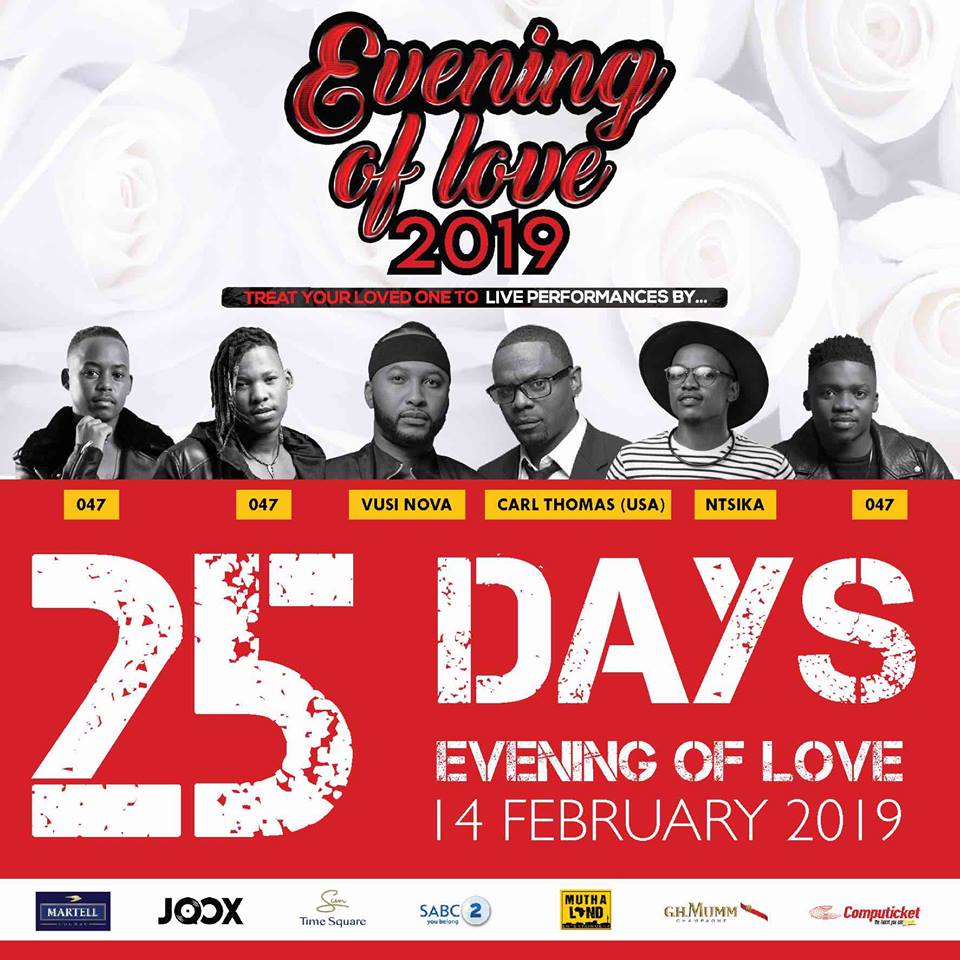 The singer continues to give regular updates to fans and builds anticipation towards the event since he first announced it on Thursday, 3 January 2019.

Afro pop singer, Vusi Nova, is counting down the days until his Evening of Love performance is set to take place at the Sun Arena in Time Square in Menlyn, Pretoria, on Thursday, 14 February 2019.

The singer posted a reminder of the event on his Facebook page reminding fans that today, 21 January 2019, marks 25 days until the Valentine’s Day event. The singer urged his fans to purchase tickets for their loved ones. On Monday, 7 January 2019, the star gave his fans the chance to enter into a competition to win tickets to the show.

He also posted a clip from the music video for his song Intliziyo as a teaser of what to expect from the upcoming event. The singer called the show a “sweet reminder” of the love-filled event. The As’phelelanga singer also called it “a night to share with your lover.” He has been building anticipation towards the event since he first announced it on Thursday, 3 January 2019.

Vusi Nova is the headlining act alongside American singer, Carl Thomas. Their performances will be supported by Ntsika and musical group 047. There will also be a few special guests at the event, whose identities remain a secret. The event is in association with SABC 2 and Muthandaland TV. Tickets can be purchased from Computicket at a price of R250.