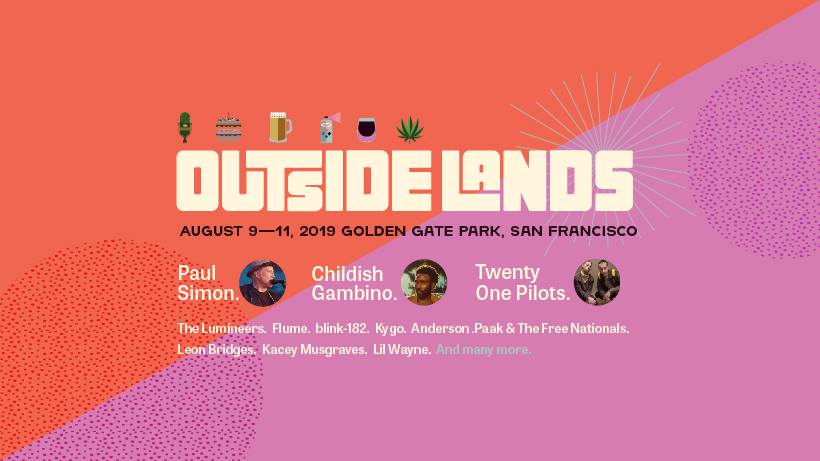 Organisers of the Outside Lands music festival, which is scheduled to take place from Friday, 9 August 2019 to Sunday, 11 August 2019, have revealed the official 2019 line-up.

Outside Lands is a multi-genre music festival set to take place at San Francisco’s Golden Gate Park. The festival was first established in 2008 and has built its reputation as one of the biggest musical gatherings in North America. Outside Lands aims to curate major line-ups each year, with previous headliners being The Weeknd, Florence and the Machine, Janet Jackson, Metallica, Lorde and A Tribe Called Quest.

This year’s edition of Outside Lands is no exception when it comes to a star-studded line-up. The line-up for the festival is jam-packed with famous names like Paul Simon, Twenty One Pilots and Blink-182. Other major acts set to perform at the festival include The Lumineers, Lil Wayne, RL Grime, Bebe Rexha, Ella Mai, Flume, Hozier, Kacey Musgraves and Childish Gambino.

Childish Gambino, the alter ego of Donald Glover, has been one of the most prolific characters on the music scene over the last few years, as he shape-shifted through records like Camp, Because The Internet, Kaui and Awaken My Love. 2013’s Because The Internet launched him into the public eye, earning him his first gold record. Awaken my Love saw him become even more popular in the mainstream music industry with Redbone, which received Record of the Year and Best R&B recording nominations at the Grammy Awards. Since then, he has kept busy by releasing singles like the politically-charged This Is America.

Tickets for the Outside Lands music festival are available for purchase on the official event website.