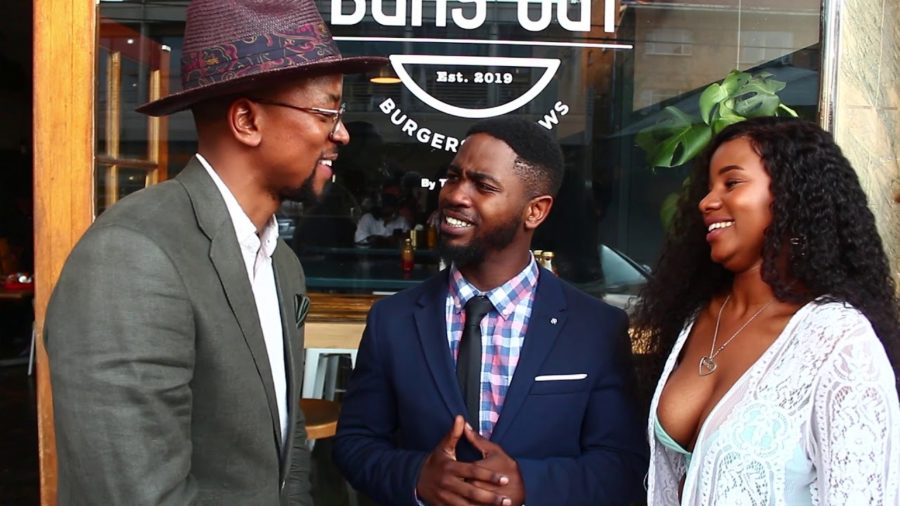 Social media influencer, Pamela Mtanga, has taken to her YouTube channel to release the vlog of her social media wedding to media personality, Maps Maponyane.

The vlog is over ten-minutes long and showcases the festivities and the people that were in attendance. The vlog starts with an introduction to mini-Bun, which the public first got introduced to on Maps’ social media pages. Viewers are then introduced to the guests, which include media veteran, Melanie Bala as the Gate Crasher, Siyathandaza Kolisi as the priest, and Maps and Pamela.

The video reveals how Mrs Buns was over 45 minutes late for her matrimonial. The couple is then seen meeting for the first time and Pamela’s official matrimonial outfit. The video then showcases the matrimonial service, with the couple exchanging one of Buns Out’s signature burgers, aptly called New Becon-ings.

Towards the end of the video, the couple cut the burger in half and they both take a bite from their half with their arms interlocked. This marked the end of the formal part of the wedding and the priest then declared them Mr and Mrs Buns.

Fans of the social media couple took to the comments section to share their thoughts on the matrimonial. One comment read, “This video wins all of 2019. Maps is such a cool dude. What a gentleman.”