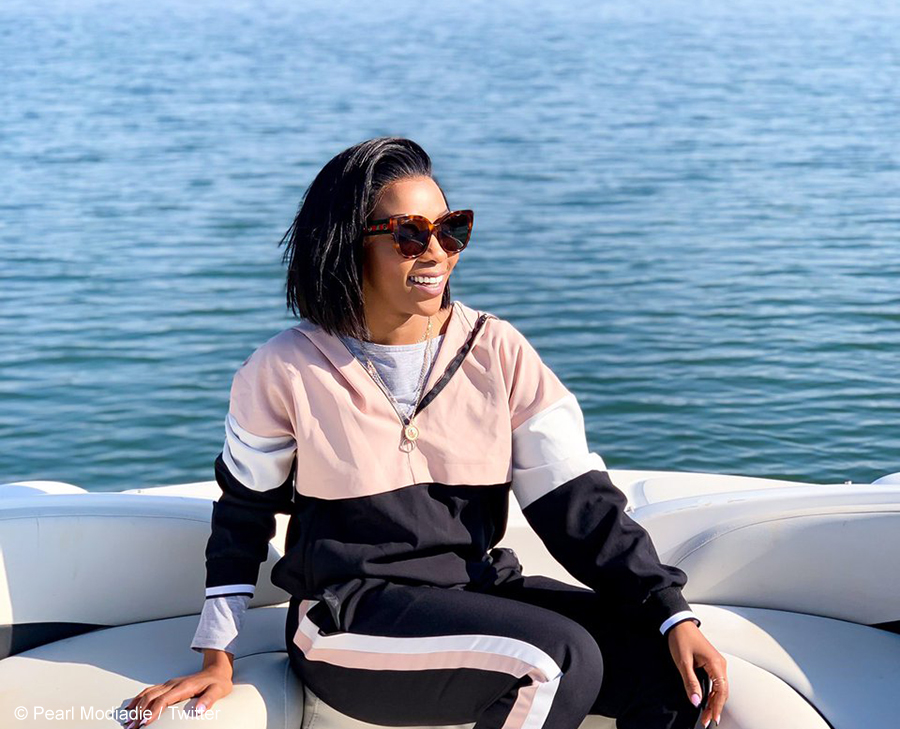 On Tuesday, 16 July 2019, Pearl Modiadie took to social media to share a picture of her feature in a French newspaper, proving her international influence.

South African media personality, Pearl Modiadie, took to Twitter to share a post, which she captioned, “I’m famous in France”. The post was accompanied by a picture that details a newspaper headline written about her. The article features a picture of Pearl in an all-black outfit as she stands on a bridge. She is captioned as a TV star who visited the Mont Saint-Michel on the vigil of Christmas.

Said to be the ‘Pearl of South Africa’, the article details Pearl’s previous visit to Mont Saint-Michel on Monday, 24 December 2018. The article mentions that although she is not a well-known personality in France, she is a famous figure in South Africa, boasting over one million followers on Twitter.

In the article, Pearl was quoted as saying that she enjoyed her visit to the Mont Saint-Michel. She said she was amazed by the structures and views of the world heritage site and described the experience as breath-taking.

Pearl Modiadie was listed as an actress, radio host and Zaziwa TV presenter. An interesting fact stated that Zaziwa attracted millions of viewers over its seasons, which aired on SABC 1.

Impressed by the international article, some of Pearl’s followers expressed their only wish was to get the English translation of what was written in the article.

The post made an impression with her Twitter followers as it received over 2000 likes and over 100 retweets.