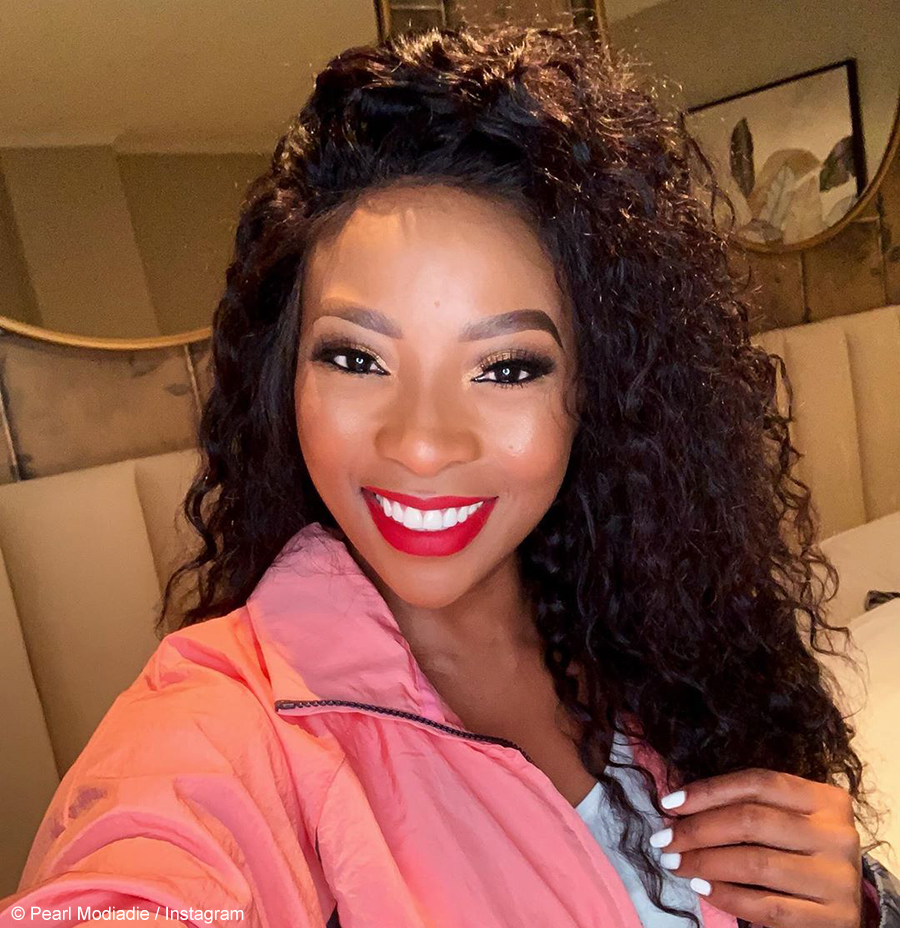 The South African media personality took to Instagram on Tuesday, 10 September 2019, to share images of herself at the Savanna Comics Choice Awards.

With the Spring season in full swing, celebrities are taking note and wearing their brightest, freshest colours to commemorate the warmer season. Taking a page out of the current fashion book is South African media personality, Pearl Modiadie, who not only wore a shade of pink, but also took the ruffle trend to new heights. She took to Instagram on Tuesday, 10 September 2019, to share a series of images of herself in a dusty pink, ruffled ensemble.

While presenting one of the awards at the Savanna Comics Choice Awards, the South African media personality wore an ensemble by designer, Lord Quiteria. The dress features a full, ruffled skirt with feathers at the top hem. The top part of the dress features a more ruffled, intricate design. She accessorised the outfit with silver statement earrings and a pair of silver, open toe, high heels. She kept her make-up simple and sported a short black bob.

In the caption, Pearl expressed her excitement at presenting one of the awards, highlighting the positivity that the event brings. Social media users flooded the comments section of the post with complimentary messages to Pearl, with some sharing that she always looks polished and put together. One Instagram user complimented the design of the dress and wrote that the media personality did it justice.

…my first time at the Savanna Comics Choice Awards was incredible! It’s another world altogether and such a happy space! It felt good to laugh and celebrate great comedians who give us such a necessary escape . • • I had the pleasure of presenting the Comic Of The Year award alongside @lazolad ✨ . 👗 : @quiteria_atelier . 📸 : Richard Townsend

… pretty in pink at the Comics Choice Awards 🌸 👗: @quiteria_atelier 📸: @accordingtojerri