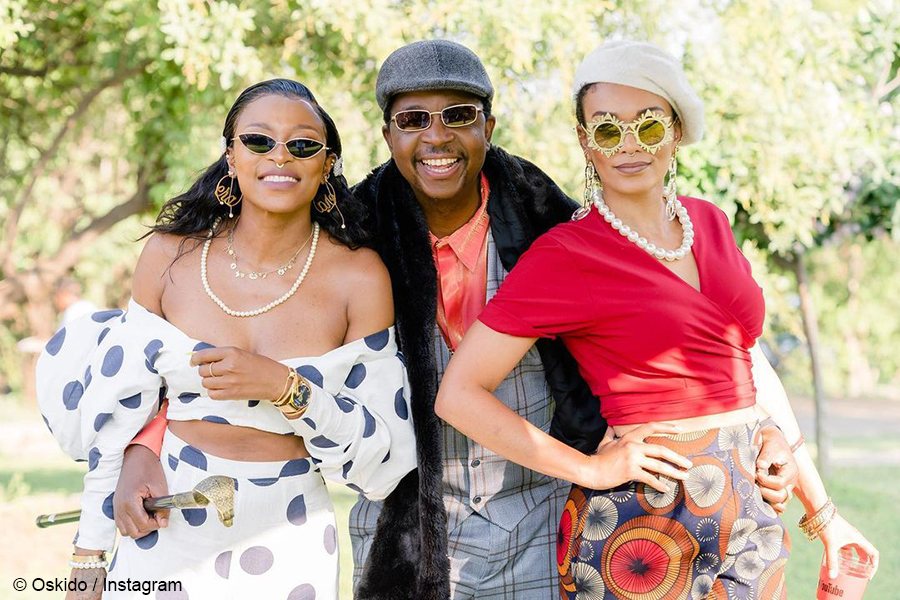 Pearl Thusi is believed to be venturing into music, with her first single set to be a feature on celebrated producer and DJ, Oskido’s upcoming single, Unemali.

Oskido took to Instagram on Thursday, 19 November 2020, to share visuals from the music video shoot for his upcoming single, Unemali. According to the caption, the song features Focalistic, Nokwazi, and surprisingly, multi-faceted media personality, Pearl Thusi.

The Queen Sono lead actress is set to add another title to her name as a featured vocalist. Pearl had previously made mention of possibly being featured by Oskido on his upcoming album, Keep The Faith, in one of her Instagram Stories. The Behind The Story host explained that she and DJ Zinhle were in studio with Oskido at the time, who challenged her to get behind the microphone.

Pearl expressed uncertainty about the final product and was not sure if it would make the cut. The music video is scheduled to be released next Friday, 27 November 2020.