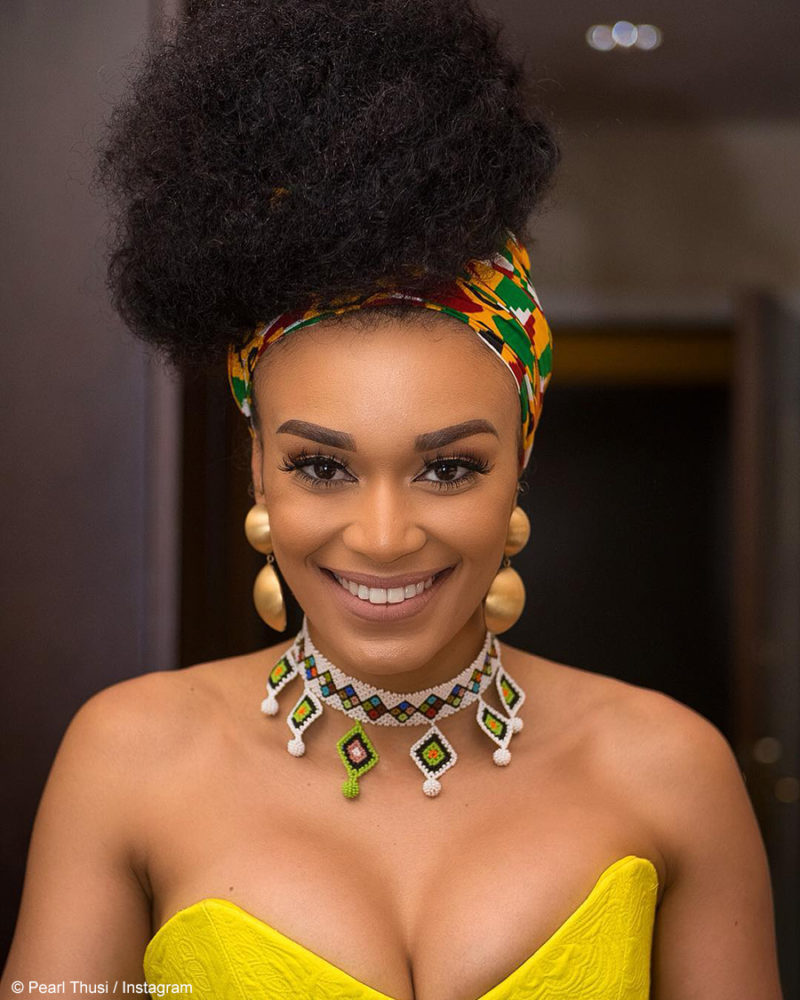 Media personality, Pearl Thusi, has shared that she is excited for fans to see her in her leading role as Queen Sono, after she finished shooting the first season of the Netflix series.

Since declaring that she will be using her social media feeds to propagate positivity, the media personality has shared only the positive aspects of her life. Recently, the star shared how excited she is for the South African public to experience her leading role as Queen Sono on the upcoming Netflix series of the same name.

Pearl Thusi shared that they had wrapped up shooting the series on Tuesday, 6 August 2019. The image she used was of a random image with the placard revealing that the shoot was in progress. However, in her caption, the Behind The Story host stated, “And just like that, season one is in the can. It [is] done. It’s over. Thank you to every single person who made it possible. Can’t wait for you to see what we made for you. Coming soon…”

After changing how she approaches her use of her social media pages, Pearl Thusi’s images of her working on the series were always related to her family. The first was an image of her and her oldest daughter, Thando, behind the scenes. In the image, Thando has her arms wrapped around her mother, as Pearl Thusi is dressed in character looking at the monitor. Pearl Thusi kept her caption short, writing, “I have a very special guest on set today, Thando Mokoena.”

The second image was an adorable picture of her and her second daughter, Okuhlekonke. In the image, the star fell asleep on her daughter’s bed after coming back from shooting the series. In her caption to the image, Pearl Thusi reflects, “We were so tired, lol. Just bumped into this picture, Thando man!!! So sweet of Thando Mokoena to capture this. This moment is so perfect that I didn’t even edit. Also… Didn’t know I look so cute sleeping, lol.”

And just like that, season 1 is in the can. It done. It's over. Thank you to every single person who made it possible. ❤️🎥🎞️🎬 Can't wait for you to see what we made for you. Coming soon… #QueenSono @netflixsa . 📸 @huaweiza

I have a very special guest on set today ❤️ @thando__mokoena.