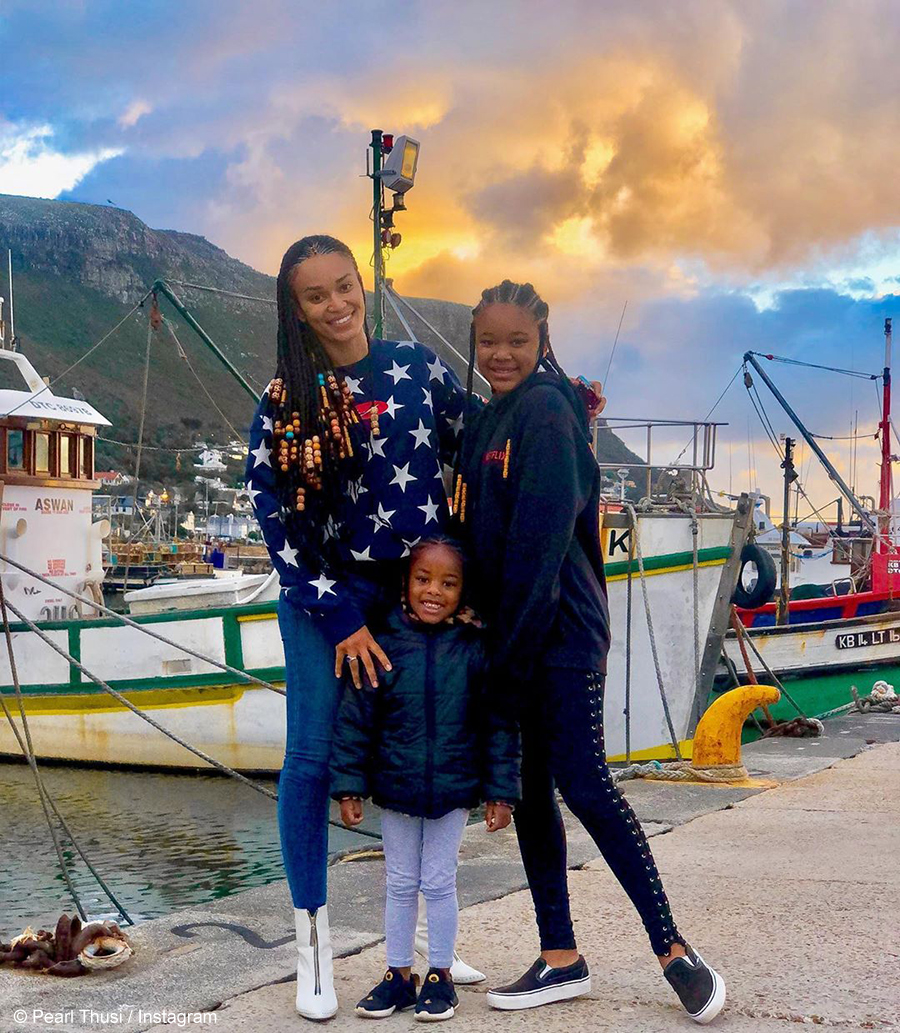 Pearl Thusi shared a doting image of her daughters embracing one another on Instagram, and used the caption to showcase their hair while punting her own haircare brand.

Pearl Thusi took to social media and celebrated her two daughters, Thandolwethu and Okuhlekonke, on Monday, 6 July 2020. The post featured the actress’ daughters embracing one another while smiling for the camera, with their natural hair being the focus of Pearl’s caption.

The image is from March 2020 when the two joined their mother on the red carpet of the premiere of Netflix’s Pearl Thusi-led production, Queen Sono. Pearl’s closest friends, DJ Zinhle, Brandon Reynolds and Moozlie, were credited for her daughters’ styling.

Her caption, which is a line from Beyoncé’s 2016 hit single, Formation, celebrated the girls’ hair and alluded to the two being Pearl’s heirs. Pearl is the creator of the Black Pearl haircare range.

I like my baby heir with baby hair and Afros!⠀⠀⠀⠀⠀⠀⠀⠀⠀ Styled by @djzinhle @sir_brandon_reynolds @moozlie ❤️